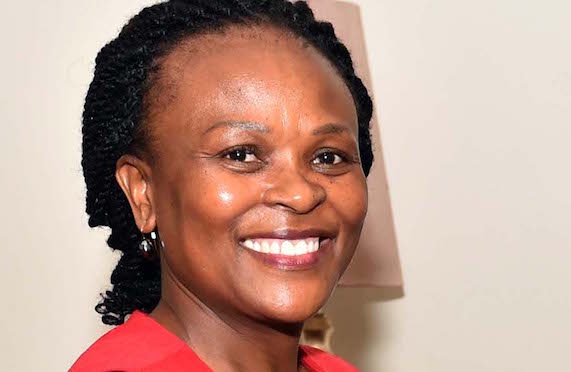 The Public Protector, Busisiwe Mkhwebane, has initiated a public hearing into the maladministration of horse racing in Gauteng and the role played by the industry’s biggest player, Markus Jooste, a key shareholder in the Province’s betting operator, the public company Phumelela Gaming and Leisure Limited.

The matter arises out of a complaint initiated by Ms Phindi Kema against the Gauteng Provincial Government, which set up Phumelela in 1998 in a reorganisation of racing’s traditional structures, but exceeded its authority by transferring 5 racetracks located in other Provinces into the ownership of the public company without adhering to appropriate procedures.

Ms Kema argued that the process that formed Phumelela was “questionable and unlawful” and as a consequence, Phumelela had unfairly enriched a handful of its shareholders at the expense of other participants in the industry.

As the Gauteng Provincial Government has agreed that this transaction has failed to benefit the horse racing sector and South Africa, the Public Protector had written to Phumelela to advise them that they would be negatively affected by the outcome and the call for remedial action. 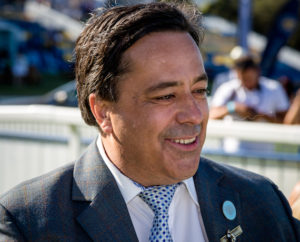 Markus Jooste joined the board of the Racing Association within months of the listing of Phumelela in 2002 and was subsequently appointed by them to serve as a Trustee of the Horseracing Trust Pty Ltd, a non profit body, which assigned all the assets of horse racing into Phumelela in exchange for a 35% shareholding, and which was charged with protecting the ethos of the sport as well as being responsible for transformation.

He served on the board of Phumelela with the voting right of the Trust as well as being a substantial shareholder in his own name and in another company called Kalamojo Pty Ltd, which he owned with Bernard Kantor, a director of Phumelela since inception and now Chairman of the Phumelela Board. A pivotal role was played by Markus Jooste and his closest allies in the racing industry, not only in the betting company and racing organiser Phumelela, but also on the Trust responsible for the protection of the Sport, and its counterpart, the Racing Association. In addition, his array of companies also included being the biggest owner of racehorses, the biggest breeder of racehorses, the biggest buyer of thoroughbreds, the biggest employer in racing and also the ownership of the auction sales company CTS Pty Ltd, the biggest seller of horses in South Africa. In addition, Phumelela executives served on the board of the regulator, the National Horseracing Authority.

Criticism of such an alignment of interests raised speculation of ‘racings capture’ and has focused attention on the Gauteng Provincial Government, which created both the vehicle as well as the opportunity. 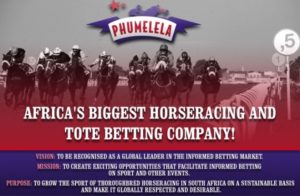 Since listing in 2002, Phumelela has controlled the sport and has sold off a number of racetracks, causing a shrinkage within the industry – and according to an Economic Impact Study, the consequence has been the loss of 85,000 jobs and a failure to provide transformation, whilst the public company share price has risen from 50 cents at listing to a peak of R26 in 2016, currently trading at R17,00 giving it a market capitalisation of R1,6 billion.

A number of prominent people within the horse racing industry, including six current or former directors, have been asked to testify in the public hearings as well as representatives of many branches of the sport and industry in order to outline the impact.

Prominent players in the industry have welcomed the Public Protector’s probe, stating that both the sport and the industry have deteriorated under the Phumelela regime, and that ascertaining the causes – and if necessary, breaches – of legalities is the first step to arrest the decline and find a more appropriate model for the future.

When Racing Is Also On The Menu