Gold Circle CEO Michel Nairac has called on the industry to stop trying to quash every initiative that is introduced for the benefit of the game and to rather try and pull together. 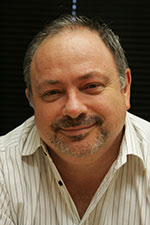 Speaking on the Winning Ways show, Nairac said that things were going well all round, with July bookings and planning for their flagship day well advanced. But he warned that the Tote turnover decline remained an alarming aspect.

“We need to do everything to encourage our customers. Some initiatives work – some won’t. Take Barrier Trials – they come with costs, but we need to try and make them work.”

Nairac explained that the sale of the local racing feed to overseas punters had kept the books balanced and paid for local stakes to the tune of R80 million. But they demanded transparent information – like the Barrier Trials.

He advised that the Coastal Jockeys Association had written to him asking to be paid R700 per Barrier Trial..

“That will cost us R500 000 a year which will come straight out of the stakes pot.  We cannot afford that. But I have asked them to come and talk to us and let’s see where we can add value to this good initiative.”

He added that the Independent Owners Association had also withdrawn their support of the Barrier Trials. “They are entitled to change their minds,” he said as Paul Lafferty appeared frustrated at the change of heart. Barrier Trials became compulsory in KwaZulu-Natal from 1 March, 2018 and were subject to a three-month trial period after which they would be reviewed.

A “round robin” of Gold Circle’s Racing Committee was done last Friday and it was decided that Barrier Trials would continue, subject to a further review at the end of August.

The only dissenting voice on the committee was from the representative of the Independent Owners Association who are not in favour of Barrier Trials.

The Racing Committee also rejected the call by the jockeys for remuneration for riding the trials. The committee agreed that the trials were part and parcel of training and that riding a ‘gallop’ at one of the training centres or in a Barrier Trial amounted to the same thing.

Paul Lafferty said during the Winning Ways interview that Phumelela have kept racing alive in this country. An interesting observation!

Nairac pointed out that racing fans should watch out for an interactive site to be launched this week..