Veteran trainer Ormond Ferraris won the inaugural KZN Breeders Million Mile in 2012 with the Ivanhoe bred Knock On Wood, which raced in the colours of his son David. 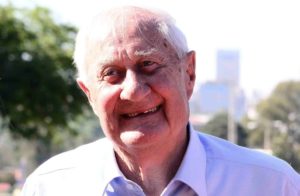 On Saturday the senior statesman of the SA training ranks took the honours in the restricted feature again. This time with the Rathmor Stud-bred Romany Prince, who got the better of a thrilling Kahal exacta duel with 7yo sprinter, London Call.

The feature, the only event on the nine-race KZN Breeders Day run on the turf, produced a grandstand finish with the 5yo Gauteng raider getting the better of Mark Dixon’s top-class 7yo sprinter, who refused to go down without a fight.

The win by Romany Prince was a pleasing KZN Yearling Sale boost for Rathmor Stud, who offer Gypsy Rose (# 184) from the same family.

She is a Noble Tune daughter and half-sister to six winners, most notably to dual SA & US Gr1 winner Gypsy’s Warning.

The well endowed feature headlined the KZN Breeders annual raceday and is restricted to KZN bred 3yo’s and older registered as KwaZulu-Natal bred in terms of the Gold Circle Racing and Gaming Group Thoroughbred Breeder, Stallion and Owner Premium scheme. 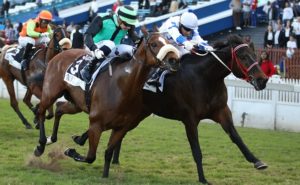 The withdrawal of last year’s winner, and Vodacom Durban July hopeful, Matador Man on Thursday threw the race open. But the favourite obliged in the end.

Warren Kennedy rode a perfectly judged race after a slow start, when he got Romany Prince into a favourable position as London Call led Subtropical and Unagi into the home straight. 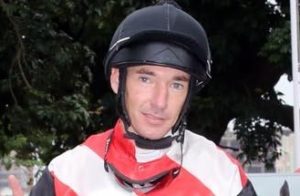 With London Call seemingly headed for glory, Kennedy produced Romany Prince through a tight gap and the 5yo looked to sail on by. But Brandon Lerena and the hardknocking London Call had other ideas and they fought back with vigour.

At the line, Romany Prince held a head advantage to bank the R625 000 cheque for staunch owner Peter Dimakogiannis. He won in a time of 97 secs flat.

London Call was gallant in defeat, with Gary Alexander’s raider Unagi paying the travelling costs with a handsome R100 000 bank in third.

Subtropical stayed on for fourth, with 2017 runner-up Dawn Calling taking the final stakes slice of R25 000 for fifth. 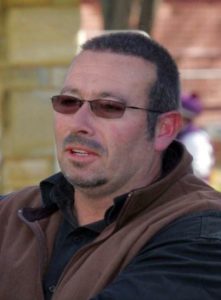 “Romany Prince arrived here on Friday. He looked magnificent. Even at his age, Ormond Ferraris is still the king,” said Robinson.

The 2017 Gr3 London News Stakes winner, Romany Prince was bred by Rathmor Stud and is a  half brother a to dual Gr1 winner Gypsy’s Warning (Mogok).

He was Ormond Ferraris’ 2500th career winner in 2016 when he won the Listed Drum Star.

A son of the deceased Kahal (Machiavellian), he is out of former KZN Breeders Broodmare Of The Year Gypsy Queen (Royal Chalice), a full sister to SA Oaks winners Royal Prophecy and Noble Destiny.

Dad In Backseat For A Change!