The final dash for catalogue page boosting black type is on for a host of fairer sex gallopers as they prepare to transfer to the more rewarding life of a career in the paddocks.

The very competitive R150 000 Listed Off To Stud Stakes is weighted on merit rating bands.

With a few of them yet to try the polytrack, but being quality performers on the turf, an upset is not beyond the realms of possibility. It is a race to go wide in the exotics.

Mike Miller’s Kahal filly Karatage comes in rather handily weighted off the 52,5kg mark and while she hasn’t won in ages, her recent form is good enough to suggest a big run from the 4 draw. The 4yo enjoys to race handily and was prominent for a long way over the course and distance last time when going down two lengths to the well-performed Kahula – whom she meets again here. Heaps Of Fun -lost her form

Heaps Of Fun is a kilo worse off and won that race rather easily by two lengths. Richard Fourie rides the Sean Tarry galloper from the 2 draw – a pointer as Fourie could probably have ridden Final Judgement for the Kotzen stable and his sponsors. Final Judgement is a strong galloping daughter of Judpot and while she has not quite recaptured her best 2yo form, she could be dangerous at her first try on the poly.

She ran a cracker at her penultimate start when staying on smartly for a 1,50 length third in the Tibouchina Stakes. She failed to show in the Garden Province last time. 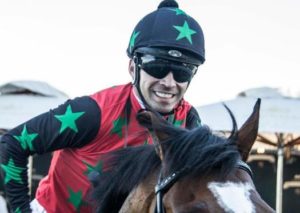 Andre Nel’s Love To Boogie has her first run on the polytrack. The presence of stable rider Aldo Domeyer suggests that a decent effort is expected from a filly who has not been exposed to anything serious beyond the sprints.

She did run on steadily for only 2,65 lengths behind The Secret Is Out in the Tibouchina. Well drawn, she could be the lurker.

Trippi’s Girl has won her last two starts – the last giving weight and beating the decent male Fieldmarshal Fenix on the poly. She is not well weighted but could be one of the rare improvers in the line-up.

More from: Previews, Racing & Sport
More on: Listed Off To Stud Stakes

Woodruff – ‘Violence And Threats Not Acceptable’