Justin Snaith doesn’t fancy the 3yo’s in today’s Gr3 Diana Stakes and says there is little to choose between his pair of the well-supported Angel’s Trumpet and Dynamic Diana.

But they could all be chasing shadows with Mike Robinson’s tough-as-teak Royal Air Force mare Goodtime Gal, who has a top class record in the race. A winner of the prestigious Gr3 last year under Anton Marcus where she disposed of the top-class Gimme Six, Goodtime Gal only went down narrowly in second place in 2016. The six-time winning 6yo has been brought back slowly and has improved nicely at her two 1200m starts where she has stayed on late. Back at her preferred 1400m on Saturday, she looks likely to go up and pace it and with Superman in the irons from a 3 draw, they may have to go some to beat her. She is fit and ready – unlike many of her opponents.

Platinum Class is the first of a powerful Snaith quintet in the line-up. The daughter of Silvano is very effective over this trip and has Durbanville experience on her CV. She has not run since  a flat effort 6 lengths off Brave Move in the Ladies Mile 12 weeks back and fitness could be doubtful. 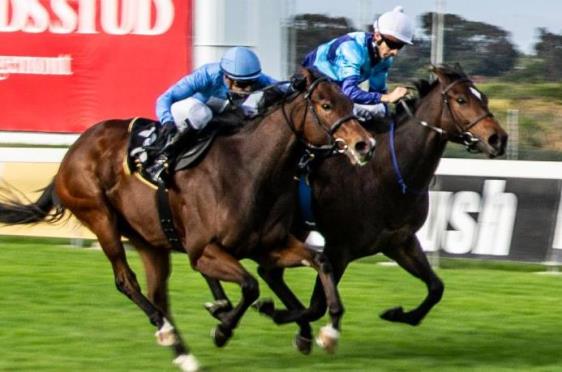 Plattner trainer Andre Nel won this race in 2016 and he saddles the Off To Stud Handicap winner Love To Boogie, who also ran 12 weeks back when winning on the Greyville poly. This lightly raced Trippi daughter may be worth including if Fayd’herbe can get her over from her wide draw.

The latter, winner of the Listed Perfect Promise Sprint, has not run in 21 weeks and sees action for the first time as a 3yo. Freedom Charter looks to be improving as the Elusive Forts do, and won a gutsy race when beating Nordic Breeze last time for her first stakes success.

The Snaiths lightly raced Miss Katalin has not run for 27 weeks and while loaded with potential and having the benefit of a pole position draw, may need the outing.

Course and distance winner Angel’s Trumpet is the choice of Richard Fourie and could be ready to run a big race out of the handicaps, with fitness on her side.

Samsara and Hemero could find it tough.