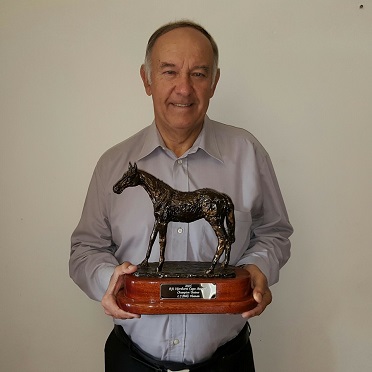 He has to travel 150km to the Vaal and Turffontein but says he prefers Flamingo Park – ‘my horses run better on the sand in Kimberley’.

Chatting to him after his very successful day at the races, one quickly gets a sense that there are no training text-books or excuse handbooks in the Human yard.

“It’s a 480km trip from my front door to the gates of Flamingo Park. My 26 year old son Louis and newly qualified assistant Zietsman Oosthuizen take the horses down to races. I am getting too old for that. They get back home by 1 am Tuesday morning. That’s the non-glamorous side of things. The guys, together with Maryke van der Merwe, who has been with me for 15 years, work very hard. It’s a young person’s world,” he laughed.

Oom Bill is also proud of the fact that two of his former pupils – Corrie Lensley and Tienie Prinsloo – are based at the track and are doing well for themselves. “I also taught the late Leon Erasmus and Fritz Roux, who is now out of the game. My horses do well considering that they have to travel a 1000km round trip to races. Polly Again and Cutting Edge, who both won today, also ran  places last Monday at the same track. That’s not bad going!” he suggests modestly.

He admits readily that most of his horses are second-hand throw-outs from other yards but notes that Secret Delight came to him a little pony and has gone on to run 104 times for 10 wins and almost 30 second cheques. “That’s an example of how we don’t need a fancy stallion, good looks or fancy prices, to make it here. He is by Hobb Alwhattan . I have also bought cheapies who have done well. I paid R2500 for Polly Again at the Leon Erasmus Estate dispersal – she has already won twice for me – and won today by 8 lengths! I bought Joey Piper for R2500 at a Randjesfontein Sale. Nobody wanted him. He won a Pinnacle Plate for me recently.”

Oom Bill says that what started as a hobby now keeps him and his loyal workforce very busy. He says that the game industry is very flat but that the focus is on the cattle and the horses. 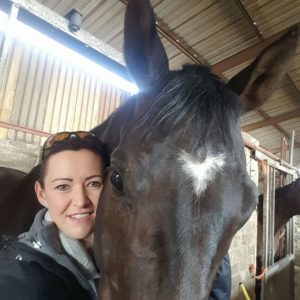 “Hard work, a love of animals, honesty, good owners, loyal staff and fit horses. And we mix our own feed – none of this fancy brand name stuff. We grow our own. I use barley, lucerne and maize. It seems to be working well,” he laughed.

He isn’t going anywhere soon but says that Maryke van der Merwe is just about ready to take out her licence.

Movie Award, who won the ninth, was his 27th winner this term – surpassing last season’s total of 26.

So things are on the up at Vlakhoek!

Igwinya Has Each Way Shout Today