One of the most striking aspects, in terms of pedigrees, of the 2019 L’Ormarins Queen’s Plate meeting was the success of European champion Twice Over. The latter was responsible for a trio of winners during the two day race meeting, with his sons Do It Again and Doublemint capturing the Gr1 L’Ormarins Queen’s Plate and Gr2 Glorious Goodwood Peninsula Handicap respectively, and daughter, Steffi’s Graft, winning the final race on Friday.

One of the few top class racehorses to race from two to seven, Twice Over, unbeaten at two, was a stakes winner at three, four, five and six, with his victories including the Gr1 Emirates Airline Champion Stakes in both 2009 and 2010. Previous notable stallions to win the Champion Stakes include Polymelus, Bayardo, Fairway, Nasrullah, Court Martial, Sir Ivor and rising star Frankel. 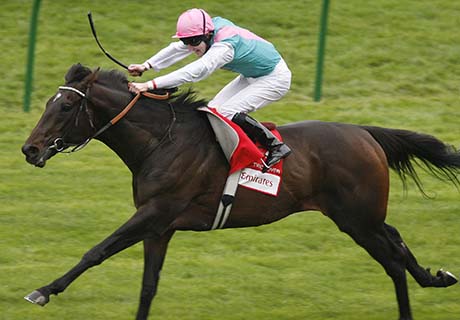 Twice Over made a flying start to his stud career with his first crop headed by the likes of Do It Again, Doublemint and Gr1 Tsogo Sun Gold Medallion victor Sand And Sea. Twice Over’s second crop includes the smart filly Second Request, who ran fifth to Horse Of The Year Oh Susanna in the Gr1 Cartier Paddock Stakes on Saturday.

The Champion Older Male of Europe in 2010, Twice Over – his dual G1 winning sire’s best son – is a direct descendant of a mare whose descendants continue to make their mark all over the world.

Kerala, the fifth dam of Twice Over, never raced but made up for this failing at stud.  The daughter of 2000 Guineas winner My Babu produced just one stakes winner – that was US Horse Of The Year and influential stallion Damascus. 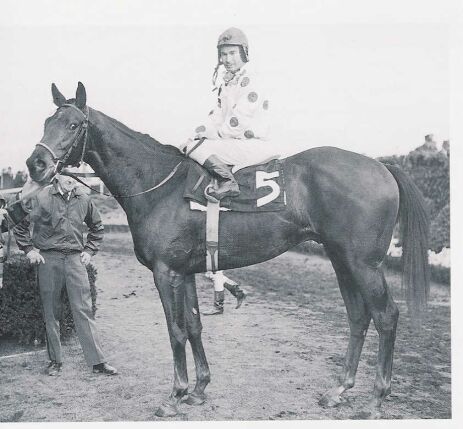 The latter, whose 21 wins included both the classic Preakness and Belmont Stakes as well as a 22 length romp in the Travers Stakes, sired more than 70 stakes winners during his lengthy stint at Claiborne Farm with Damascus’ sons including the successful stallions Private Account, Timeless Moment – whose G1 winning son All Fired Up stood at stud in South Africa, and was responsible for the G1 winners Golden Hoard and Sound Of Light, Time For A Change, and Accipiter –the sire of successful Australian stallion Salieri.

Another son, Ogygian, is the broodmare sire of 2yo champion Johannesburg, whose offspring including the outstanding, but ill-fated, stallion Scat Daddy, while the outstanding sire Medaglia D’Oro (El Prado) was produced by a mare by Damascus son Bailjumper.

While the Damascus male line is by no means as strong as it once was, his name continues to be felt in pedigrees of big race winners around the world. His dam, Kerala,’s influence however also lives on through her broodmare daughters and their descendants.

Another useful performer descended from Kerala was the 2018 smart British 2yo Junius Brutus – whose dam is a full-sister to Twice Over – and who ran second in the Gr3 Sirenia Stakes last year.

Interestingly Stronghold –another descended from Kerala, is the sire of Do It Again’s very useful half-brother Strongman – aka Horse Of Fortune.

Kerala is ancestress of not only Twice Over, she is also the seventh dam of the very versatile Yoshida (Heart’s Cry) a potential runner in the upcoming $7 million Pegasus World Cup Turf  Invitational.  Yoshida, whose dam Hilda’s Passion won the Gr1 Ballerina Stakes, achieved the rare feat of winning Gr1 races on two different surfaces last year, when he won the Gr1 Old Forester Turf Classic (turf) and Gr1 Woodward Stakes (dirt). Kerala herself was descended from the mare Atalanta, whose son, Ayrshire, won the Epsom Derby of 1888.

Atalanta is also ancestress of numerous high class performers, including legendary US champion Maskette (Disguise), another champion filly in Constancy (Ambassador), and Havresac II. The latter, champion sire 11 times in Italy, left an indelible mark on the breed through his outstanding daughter Nogara – the dam of Nearco, one of the most important stallions in history.

More from: Breeding, News
More on: Do It Again, Twice Over

A Year Of Youth

Looking For Some Global Appeal?