On Wednesday 13 March, 2019 the Emirates Racing Authority Stewards inquired into a report received from the Dubai Equine Forensic Unit, that the prohibited substance cobalt, above the permitted threshold, was detected in a pre-race urine sample taken from MAJD AL SHARQ (AE) at Al Ain racecourse on Friday 15 February, 2019 after finishing 14th in the Oud Al Touba Maiden (1600m). 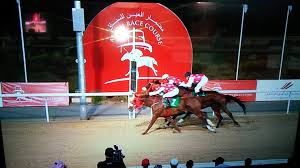 Mr Al Tamimi was found guilty to a charge under ERA Rule 95AAA 2, in that on Friday 15 February 2019, as the licenced trainer of MAJD AL SHARQ (AE) he presented that horse to compete in race 4 at Al Ain racecourse in the Oud Al Touba Maiden (1600m) where it was subsequently found to have had administered to it the prohibited substance cobalt, as evidenced by analysis of a pre-race urine sample.

In determining the penalty Stewards took notice of a number of factors including that Mr Al Tamimi has been licenced as a Trainer in the UAE for 19 years, Mr Al Tamimi was previously found to have breached the prohibited substances Rules in March 2014, as well as the need for a penalty to include a deterrence factor designed to act as a warning to both Mr Al Tamimi and other Trainers in the UAE that positive samples will not be tolerated by the ERA.

Taking into account the circumstances of the case, Mr Al Tamimi was disqualified for a period of 12 months, to commence midnight Wednesday 13 March, 2019 and to expire midnight Friday 13 March, 2020.

In accordance with ERA Rule 86 (ii) MAJD AL SHARQ (AE) was disqualified from its position in the Oud Al Touba Maiden 1600m at Al Ain racecourse on Friday 15 February, 2019, with subsequent placings amended.

86 (ii) Where any declared runner has been the subject of an examination under Rules 8(vi) and or (vii) and has been found to have received any Prohibited Substance, the Horse shall be disqualified from that Race and from other Races as the ERA determines.

95AAA 2. Any Trainer or other Person in charge of a Horse, which is presented to Race or perform a Test, or has Raced or performed a Test which is found (upon analysis) to have had administered to it a Prohibited Substance, shall be liable to a Penalty.