The visitors have a top-class record in the R250 000 Gr3 Byerley Turk. It has been won by visitors for seven consecutive renewals but the locals could well buck that trend at Greyville today. The Byerley Turk has been an SA Champions Season launching pad for many a horse with serious classic pretensions over the years and things look fairly even balanced between the home team and the raiders for the 2019 renewal.

Today’s going has been posted as ‘good to soft’ and with a 30% chance of light rain, that could well change by race time. The false rail is set at 8m.

An easy winner of a 1000m Barrier Trial a week ago, Thanksgiving was well and truly outgunned in the Cape Derby and that could be ascribed to the fact that the stable has seldom travelled South with great rewards in recent times. That said, their Dynasty colt is the officially highest rated 3yo in this race and would have a great chance if repeating his Dingaans run behind the boom galloper, Hawwaam, who has since gone on to greater things.

Craig Zackey takes the ride on Thanksgiving and will be looking for a winner on his 24th birthday! 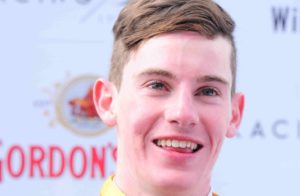 The only rose amongst the thorns, Generous Lady gets a 2,5kg sex allowance and steps into male dominated territory.The daughter of Philanthropist has maintained a positively consistent form profile against her own sex and has the course and distance credits to back up her claims.

Desolate Road has won twice and has hardly produced a poor effort in his seven starts to date. The Pathfork gelding was just over 4 lengths off Chimichuri Run over the course and distance in the Umkhomazi Stakes as a 2yo. The Tarry galloper has gone on to hold his own at Gr1 level against older horses. Sean Tarry won this race in 2017 with Africa Rising and he will be looking for a big effort from Carbon Atom – the only three time winner in the eleven strong field. The son of Fort Wood was outpaced behind Van Halen in last Saturday’s Man O’War Stakes but was not disgraced, staying on well just over 3 lengths back. His form suggests he could prove very competitive.

First of the Snaith duo, Crown Towers has a wide draw to contend with at his first run on a right-handed track. The son of Camelot needs to confirm his early promise.

Once considered a genuine Cape Derby prospect, Brett Crawford’s Hudoo Magic has not quite lived up to his better early promise. The son of Choisir has his first run at Greyville and is unlikely to give Brett Crawford a double after Undercover Agent’s eyecatching success last year. The KZN Guineas Trial winner Stream Ahead has not hit form since being outgunned in the Gauteng Guineas when finishing well downfield. He could be worth including in the quartets but may need further to show his best in this kind of class.

Rip It Up is the second of the Snaith duo and has his first start in KZN. The son of Querari looks the stable elect by virtue of the jockey booking but is likely to need it after an 18 week absence from race action. That said, his form looked promising early. 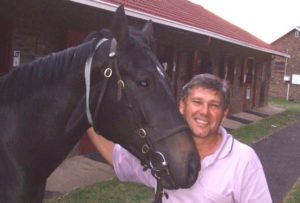 Second of Tony Rivalland’s runners, Tristful is bang in form and is a winner of two of his four jumps. While receiving 5kgs from the talented Captain And Master last time, he showed resolve and courage and will make for some interesting competition if things go his way.

The lightly raced Triple Fate Line got us to sit up and pay attention when following up on his Greyville 1200m maiden score with a good win in an MR 72 Handicap over the same course and distance. This will be his first run beyond the sprints and his major test of strength so far.

Michael Roberts’ Solid Gold has won two of his five starts and steps up in class in his first genuine test. The son of Rock Of Gibraltar appears not to enjoy the polytrack but strips fit after an unplaced run behind Sea Urchin on that surface three weeks ago.

Thanksgiving is a narrow first choice to beat Carbon Atom – with place chance prospects to a host of improving sorts in a tough race.

The National’s Behind Us…