The National Horseracing Authority confirms that at an inquiry held in Durban on 3 June 2019, adjourned to 5 June 2019 and concluded on 8 June 2019, Jockey Corne Orffer was charged with a contravention of Rule 62.2.7. 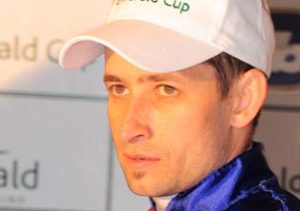 This arose in that as the rider of TRIPPI’S EXPRESS, he failed to ensure that he did not cause interference to other runners in the early stages of Race 3 at Greyville Racecourse on 29 May 2019.

Jockey Orffer pleaded not guilty to the charge.

The Inquiry Board found Jockey Orffer guilty and imposed a penalty of a suspension from riding in races for a period of 7 days.

Jockey Orffer has the Right of Appeal against both the finding and the penalty imposed.