A highly successful 2019 KZN Breeders Golf Day was held at Royal Durban Golf Club, within the scenic surrounds of Greyville Racecourse on Friday. Andrew Laing of Roski Stud won the Breeders Challenge, while the overall winner of the twenty six fourballs  that played was Dale Nel, who took home the Benji Jonsson KZN Breeders Golf trophy. Anthony Delpech was one of 10 winners of a R5000 voucher towards the purchase of a #kznbred at the upcoming KZN Yearling Sale.

The overall winning fourball belonged to Trevor Fourie, Dale Nel was part of his 4-ball. Taste of champions! Kevin Shea and Mike de Kock with a bottle of the best (Pic – Candiese Marnewick)

The KZN Breeders thanked all their sponsors, with over R100 000 in prizes handed out. 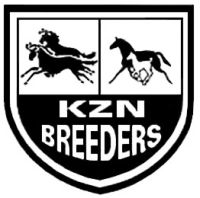