Four days of magnificent racing at York’s Welcome to Yorkshire Ebor Festival have had a significant impact on this year’s Cartier Racing Awards, with Enable (128 points) moving up to the head of the Cartier Horse Of The Year standings for the first time this year.

Khalid Abdullah’s brilliant mare gained a third consecutive G1 victory when making all to beat Magical (120) – her closest rival in both the Cartier Horse Of The Year and Cartier Older Horse categories – in the Darley Yorkshire Oaks on August 22. The five-year-old now looks set to bid for an unprecedented third success in the G1 Qatar Prix de l’Arc de Triomphe at Longchamp, France, on October 6, on what is likely to be her final racecourse appearance.

Enable, trained by John Gosden and ridden by Frankie Dettori on all but two of her 14 starts, was crowned Cartier Horse Of The Year and Cartier Three-Year-Old Filly in 2017, as well as Cartier Older Horse in 2018. If she were to receive the Cartier Horse Of The Year Award this year, the daughter of Nathaniel would emulate Frankel (2011 & 2012) and Ouija Board (2004 & 2006), the two previous multiple winners of the premier accolade.

The Welcome to Yorkshire Ebor Festival also produced one the races of the season as three-year-old Japan (108) edged out older rival Crystal Ocean (112) in a pulsating finish to the G1 Juddmonte International on August 21.

Japan was third in the G1 Investec Derby earlier this season but the Coolmore-owned colt, trained by Aidan O’Brien, is now a strong contender for Cartier Three-Year-Old Colt honours, having also won the G2 King Edward VII Stakes and the G1 Juddmonte Grand Prix de Paris. 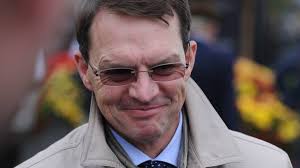 Coolmore and O’Brien are also responsible for Hermosa (96), who continues to lead the Cartier Three-Year-Old Filly standings thanks to victories in the G1 QIPCO 1,000 Guineas and the G1 Tattersalls Irish 1,000 Guineas.

Stradivarius (112) claimed the Weatherbys Hamilton Stayers’ Million for a second time when getting the better of Dee Ex Bee (64) in the G2 Weatherbys Hamilton Lonsdale Cup Stakes on August 23. Bjorn Nielsen’s five-year-old now holds a commanding position in the race to be crowned Cartier Stayer for the second year in succession.

Battaash (80) progressed to joint-second behind Blue Point (106) in the Cartier Sprinter standings following a blistering display in the Coolmore Nunthorpe Stakes, a second G1 victory for the Hamdan Al Maktoum-owned son of Dark Angel. Siskin (48), who races in the same colours as Enable, currently heads the Cartier Two-Year-Old Colt category after taking the G1 Keeneland Phoenix Stakes for trainer Ger Lyons at the Curragh, Ireland, on August 9.

The son of First Defence is closely followed by another unbeaten juvenile, Earthlight (40), who also gained G1 glory when taking the Darley Prix Morny at Deauville, France, on August 18.

Cartier Racing Awards – points earned in Pattern races up to and including Sunday, August 25, 2019

Cartier Horse Of The Year

Living In The Past 18