The Racing Post reports that the 6yo Richard Hannon-trained runner was returning to the scene of his previous triumph six starts ago, and overcame the wide draw under Sean Levey to finish well under pressure, just overhauling Documenting by a short head with Charles Molson only a nose behind in third. 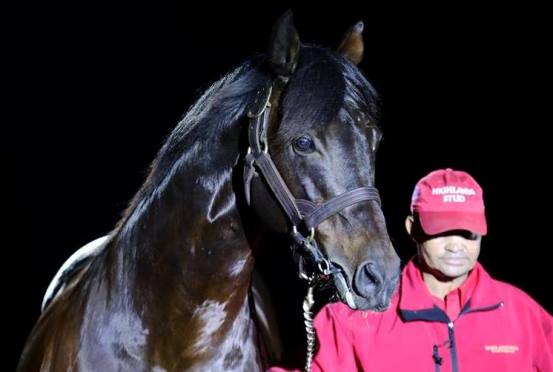 Vale Of Kent made most of the running under Frankie Dettori and led heading into the home straight, but did not quite have enough in the tank and weakened to finish fourth.

The winner’s sire Canford Cliffs was described by Hannon as the best horse he ever trained.

“He has a bit of a shadow on the joint running into the pastern and that could turn into something nasty – it could turn into a fracture,” Uttoxeter Advertiser quoted Hannon as saying on the announcement of Canford Cliffs retirement as a 4yo.

“He’s a perfectly sound horse and I could very nearly go on training him, but under that light, I don’t want to do the horse any damage as he’s done us so proud. It’s a terrible shame – it’s heartbreaking, but I don’t want to see him end up with a bad injury. He now goes off to stud sound. If anything happened to him, I couldn’t forgive myself. He’s been a fantastic horse for the yard. He’s won five Group Ones – you can’t do any more than that.”

Canford Cliffs stands for a fee of R30 000 this season.

Read more about him here

Industry Must Start Listening To Criticism