Sporting the silks of a dart board, Adam Kirby produced a finish ‘Mighty’ Michael Van Gerwen would be proud of as he steered 16/1 shot Escobar to victory in the concluding race on QIPCO British Champions Day, the Balmoral Handicap.

Trained by David O’Meara, the five-year-old powered home under Kirby to score by two and a quarter-lengths in the mile event.

Escobar was second in the race last year and connections were delighted with today’s performance. O’Meara, who took the race with Lord Glitters in 2017, said: “It looked for a long way like Escobar was getting stopped, but he is a very classy horse on his day.

For jockey Adam Kirby it was a first ever QIPCO Champions Day success and the race brought the curtain down on a memorable afternoon. 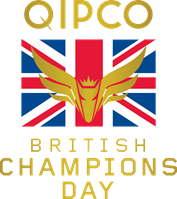 “Oisin Murphy was crowned the youngest Champion Jockey since 2006  and two Classic winners came to the fore, with Star Catcher landing yet another Group 1 victory in the QIPCO British Champions Fillies & Mares Stakes, and Kew Gardens who was so courageous in denying Stradivarius in the G2 QIPCO British Champions Long Distance Cup. Stradivarius, the champion stayer, lost nothing in defeat.

“It has been another memorable afternoon for the O’Brien family with two winners, Kew Gardens and Magical. The last-named has been one of the absolute class horses of the season, and in winning the QIPCO Champion Stakes she secured the champion owners’ title for Coolmore [the partnership of Derrick Smith, Michael Tabor and Sue Magnier].

“It has been a fantastic day and we thank everyone for being at Ascot today to enjoy some special performances.”