There is some South African interest in this evening’s $1 million Big Ass Fans Dirt Mile at Santa Anita in the shape of the Tiznow gelding Blue Chipper, who was selected and purchased by former Ashburton conditioner Bart Rice.

Rice and his wife Pam moved to Korea in 2014 and have established a successful yard at Busan.

Bart is the only part one licenced trainer in Korea. He left his home of Zimbabwe in 2005 when he moved to South Africa. Blue Chipper in work on the rail under JP Guillambert

In a chat with the Sporting Post on Saturday morning, Pam told how they had purchased Blue Chipper at the 2016 Keeneland September Yearling Sale.

“He went through the ring not sold for $95 000. Barry Irwin helped us negotiate with the owner. Taylor Made was the agent. We purchased him for $90 000 in the end. He is by Tiznow out of a Dixie Union Mare, Dixie City.”

The Blue Chipper story is quite a bitter pill for Bart to swallow because he initially trained the horse but it was then transferred  to a local trainer as soon as he showed potential.

“He broke the 1200m class record with Bart as a juvenile. Now he is on the international stage. That’s racing for you! Our hearts are still with him and we will be shouting him home,” added Pam proudly.

In what is being billed as one of the more intriguing of the Breeders’ Cup races, superstar Omaha Beach has drawn post five for the Big Ass Fans Dirt Mile.

His draw might be meaningless, though, considering the versatility that he has shown this season. 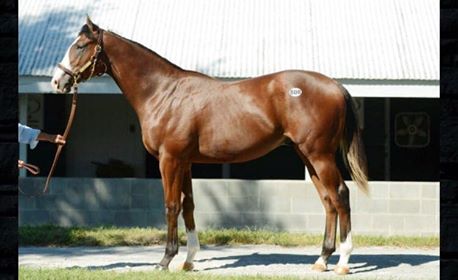 The Dirt Mile will be the sixth race on the Saturday card at Santa Anita Park and offers a purse of $1,000,000.

Blue Chipper has done all of his racing in Korea, where he has won seven of eight starts.

He comes to the Breeders’ Cup on a solid six-race winning streak, including some impressive wins in his last two starts. Last time out, he became a Gr1 winner when winning the Keeneland Korea Sprint Stakes at Seoul.

He adds a lot of international spice to a race that hardly ever attracts overseas raiders.

Watch it on Tellytrack this evening at 22h10,

No Run Of The Mill!