The world’s premier stallion, Galileo enjoyed another magnificent year in 2019.

The evergreen 21 year old has been represented by an impressive 11 Gr1 winners, who have won 17 top level races between them this year. Sarah Whitelaw writes that Galileo is now tied with Danehill as the sire of 84 Gr1 winners. The bay is set to claim his 11th British and Irish Champion Sire crown for 2019, which comes as no surprise given his remarkable dominance in Gr1 contests in the UK. 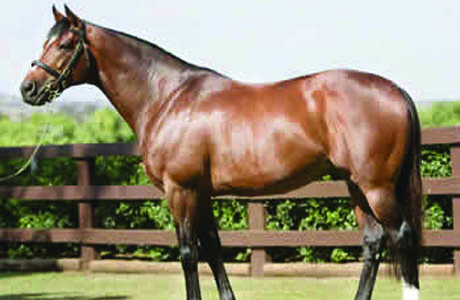 Galileo was responsible for the first three home in all of the Gr1 Dubai Duty Free Irish Derby,Gr1 Irish St Leger and Gr1 Qipco Irish Champion Stakes this year. Sovereign, a sixth Irish Derby winner for Galileo, beat home paternal half-brother, and Investec Derby winner, Anthony Van Dyck into second, with fellow Galileo colt, Norway (a half-brother to Cape sire, Duke Of Marmalade) taking third spot. Remarkably, Galileo can be found in the pedigrees of each of the eight runners to contest the 2019 Irish Derby.

The dual Derby winner had an exceptional crop of three-year-olds, even by his remarkable standards, this year, with his star sophomores including multiple Gr1 winners, Circus Maximus, Hermosa, and Japan, as well as the aforementioned Derby winners, Anthony Van Dyck and Sovereign. 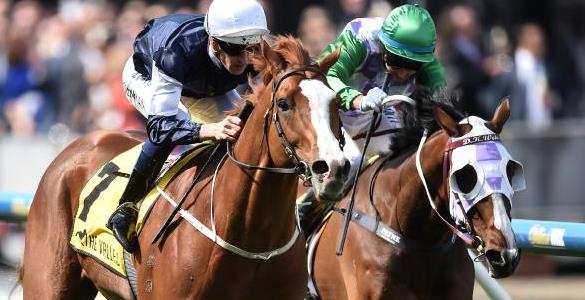 Anthony Van Dyck is one of four English Derby winners for Galileo, whose daughter, Hermosa, a full-sister to Moutonshoek sire, The United States, gave her sire a third Gr1 1000 Guineas win in the last four years when she landed the Newmarket classic earlier in the year, Galileo’s daughters, Minding and Winter, winning the 1000 Guineas in 2016 and 2017 respectively. The late Sir Henry Cecil with Frankel at Royal Ascot

Full brothers, Frankel and Noble Mission, both made their mark at the highest level, with Frankel responsible for five individual Gr1 winners this year, including British classic winners, Anapurna and Logician, with his own brother the sire of top US three-year-old, Code Of Honor. The latter, runner up in this year’s Kentucky Derby, has five wins to his name, including victories in both the Gr1 Travers Stakes and Gr1 Jockey Club Gold Cup in 2019.

Gleneagles, like Frankel, a 2000 Guineas winning son of Galileo, made a fine start with his first two-year-olds this year, including more than 20 winners –this tally includes the group winners Royal Lytham and Royal Dornoch as well as Windsor Castle Stakes winner Southern Hills.

Another promising sire son of Galileo, Cox Plate winner Adelaide was responsible for a Gr1 winner in his very first crop with his 3yo daughter, Funstar, landing the Gr1 Flight Stakes earlier this year, while Galileo’s Investec Derby winning son, Ruler Of The World, is the sire of multiple Gr1 winner, Iridessa, whose wins include a score in the recent Gr1 Maker’s Mark Breeders’ Cup Filly & Mare Turf. The influence of Galileo was again underlined in the 2019 Qipco 2000 Guineas, won by Magna Grecia. The latter was produced by his Gr3 Silver Flash Stakes winning daughter, Cabaret, with Magna Grecia the fourth 2000 Guineas winner produced by a Galileo daughter – and second winner in a row, following the now hugely promising sire, Night Of Thunder (2014), Galileo Gold (2016) and Saxon Warrior (2018). Remarkably, all seven of the last 2000 Guineas winners have Galileo in their immediate pedigree

Are You Ready To Buy?