The need for sustainable solutions for equine welfare have been highlighted again after the news that fifteen racehorses were confiscated from a farm in Middleburg Mpumalanga last week.

The National Horseracing Authority announced on Monday that an NHA official, accompanied by a representative from the Highveld Horse Care Unit, visited the farm on Thursday and returned on Saturday with the support of the South African Police Services, armed with a Court Order to confiscate fifteen thoroughbred horses from the farm in question. The horses were transported to the Highveld Horse Care Unit, where six had to be euthanased due to their extremely poor condition.

It is commendable that the NHA took decisive and prompt action. The sad thing is that the damage was already done and that anybody can walk into a sales venue with an ID and qualify to become a bidder.

The Sporting Post has been contacted by various owners and breeders, who have expressed their sadness and disgust with the actions of the unknown individuals. Criminal charges may follow, according to the NHA. 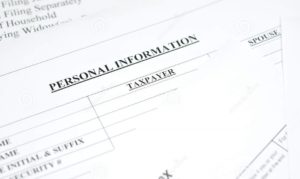 The buyer, whose name is known to the Sporting Post, is apparently not licenced with the NHA and  is alleged to have misrepresented certain facts. It is not known what the intention was with the purchased horses.

It is not a regulatory requirement that buyers at any thoroughbred auctions require to be registered with any industry regulatory body. The sales company has not done anything wrong.

Sales companies are known to issue buyers cards in the course of their business to approved persons  meeting certain credit criteria and those that deposit cash in advance of the auction.

Bloodstock SA CEO Michael Holmes confirmed to the Sporting Post that a minimum first bid of R10 000 had been introduced with immediate effect. He also said that his company was working closely with the Highveld Horse Care Unit to ensure that the surviving horses are homed and cared for.

The question of liability and blame is obviously an emotional one. The introduction of the minimum bid can certainly go some way towards  the curtailment prospects of cheap multiple purchases, which can be an warning signal that the purpose of purchase may not fall within the general sport or recreational spectrum which vendors would find acceptable.

“If a person that is not registered within racing structures wishes to buy, they should at least produce an accreditation and certification that they are, let’s say, a member of a polo club, for example. We will never fully curtail potential abuse, but we need to implement restrictions and controls,” suggested one distraught owner.

The issue of welfare is one of the leading challenges facing horseracing in the 21st century and was discussed at the recent Asian Racing Conference as the morally correct course of action in a world where social norms demand that everything be done within the reasonable bounds of control to ensure optimal protection for horses.

The Thoroughbred Breeders Association, in conjunction with other trade organisations, has recently announced a new initiative, with the establishment of an independent working group, to provide sustainable recommendations for equine welfare.

The four-strong group is looking at global best practise and is consulting with the industry.