Multiple Northern Cape Champion trainer Cliffie Miller has reacted with ‘massive disappointment and desperate concern’ to the news of the likely closure of a racecourse that has been his, and many others’ home for many decades.

The charismatic Miller says that he is viewing the situation as holistically as he reasonably can, given his emotional attachment to, and long history in the Diamond City. 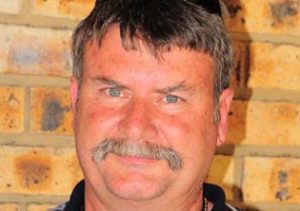 “The sad reality is that, while there has been a lot of concern, nobody has sat down with us and said ‘let’s work out a plan’. I am grateful to Gold Circle and their board for stepping in to help. But we need to save this place for longer than six months and for more than just the rationale of rands and cents,” he pleaded,  as he spoke emotionally of the community and the animals that would be the major collateral damage.

“Myself and Heather (Reddie) can pack up and move to Ashburton and carry on there. But what about the the staff? We cannot uproot these people who have been here for generations. Their families and children will be the real victims. And let’s not even talk about the horses or the multitude of dogs and cats. We are taking a fabric and ripping it into shreds. We are creating killing fields. Just because something went wrong somewhere and somebody lost interest in a centre that fell into a financial hole? We never really had a chance to get involved and come up with a plan. And now a Business Rescue Practitioner is handed the gun and told to decide whether to pull the trigger?”

An emotional Miller said that a lean and meanly run Flamingo Park could surely work as a component of SA racing.

“We are the only sand track. Not all horses are turf and polytrack winners. We serve an integral role in the food chain, that includes breeders, owners and ordinary people who rely on us for a job that puts bread on the table. I pray somebody sees the insanity, before it’s too late.”