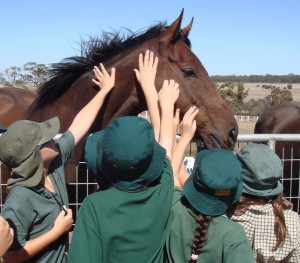 Living Legends is home to many former stars of the turf and a wonderful setting where the public can enjoy interacting with the sport’s heroes.

Saturday’s programme will feature seven races named in honour of Living Legends who have tasted success at the highest level at Flemington and captured the hearts of racegoers.

Headed by former Melbourne Cup winners and now Living Legends residents Rogan Josh, Brew, Efficient and Almandin will be acknowledged via race names as will dual Flemington Gr1 winners Apache Cat and Redkirk Warrior and a Flemington favourite in Tom Melbourne, who is the latest resident to join the Living Legends stable.

Lockdown – Getting To Us?