Mighty mare, La Troienne (Teddy), was, without doubt, one of the most important broodmares of all time.

A three-parts sister to Prix de Diane (French Oaks) winner. Adargatis (herself the ancestress of, among others, Kentucky Derby winner Spend A Buck), La Troienne has founded a legacy stretching back from the 1920s until today. Sarah Whitelaw writes that over 800 stakes winners are directly descended in female line from La Troienne, whose numerous high-class descendants include such stallions as Buckpasser (an exceptional broodmare sire and damsire of top class sires, El Gran Senor, Seeking The Gold and Woodman),  Caerleon, More Than Ready, Private Account and Woodman, to name but a few.

Former Daily News 2000 winner, Fiery Fred had an interesting pedigree -not only was he sired by Complete Warrior’s Queen’s Plate/Champion Stakes winning son, Counter Action, but he traced back directly in female line to La Troienne through the latter’s daughter, Baby League.

Remarkably, direct descendants of this remarkable broodmare continue to play a major role in races around the world, with the La Troienne impact showing few signs of slowing.

Exciting three-year-old, Maxfield (Street Sense) is one of the latest La Troienne descendants to make his mark on turf. Unbeaten in three starts, Maxfield,  whose seventh dam is La Troienne’s daughter, Businesslike, was an impressive winner of the Gr1 Claiborne Breeders’ Futurity at two, and made an impressive three- year-old debut when running out an easy winner of the Gr3 Matt Winn Stakes.

Out of Velvety, a winning daughter of excellent racehorse and broodmare sire, Bernardini, Maxfield looks an intriguing future prospect, both as a race horse and as a sire. (He is from the immediate family of the aforementioned Complete Warrior and Buckpasser, and his dam is a three-parts sister to top two-year-old, and successful sire, Sky Mesa (Pulpit).)

The unbeaten star was produced by blueblooded mare, Rhodochrosite, a daughter of Breeders’ Cup winners, Unbridled’s Song and Folklore (Tiznow). The winner of both the Japanese 2000 Guineas and Derby this year, the regally bred Contrail traces back in female line to La Troienne’s hugely influential daughter, Baby League. The latter also features as the ancestress of Mineshaft (A.P. Indy), Private Account (Damascus), Smarty Jones and Woodman (Mr Prospector).

To date, his sire’s second best sire son, behind only Tapit, Sky Mesa, a descendent of Businesslike, is another fine representative of the La Troienne tribe. Himself unbeaten in three starts at two (he won both the Gr1 Hopeful Stakes and Gr1 Breeders’ Futurity), Sky Mesa has proved a consistently successful stallion, with his 70 plus stakes winners including such G1 winners as General Quarters, Perfect Alibi and Sky Diva.

Ever reliable sire, More Than Ready, whose fifth dam is La Troienne’s daughter, Belle Of Troy, and whose dam was sired by La Troienne’s descendant, Woodman, continues to make news as a sire, sire of sires and broodmare sire. 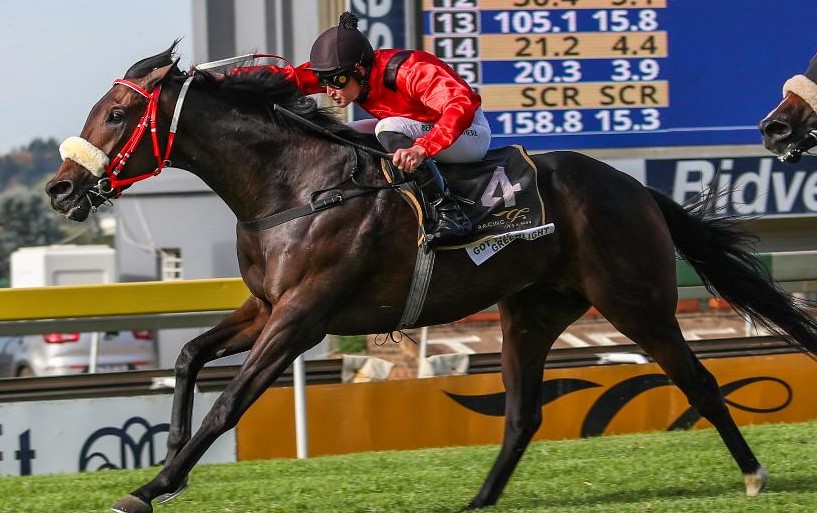 His son, Gimmethegreenlight, recently made news when siring the first three past the post in the Gr1 SA Classic, while another son of More Than Ready, Sebring, is the sire of this season’s Gr1 The Star Doncaster Mile winner, Nettoyer.

His versatile, dual Gr1 winning sire, Catholic Boy, stood his first season at Claiborne in 2020, while the exported Champagne Stakes winning son of More Than Ready, Daredevil, is the sire of this year’s high-class filly, Swiss Skydiver, winner of both the Gr2 Gulfstream Park Oaks and G3 Fantasy Stakes.

A champion sire of 2yo’s in both hemispheres, More Than Ready has sired more than 200 stakes winners, with his tally headed by the Breeders’ Cup winners, More Than Real, Pluck, Regally Ready, Roy H, Rushing Fall and Uni.