An extraordinary shift from the inside rail box-seat of a high-profile life in the fast lane as South African horseracing’s most popular and recognisable face to a pacesetting angel of mercy on the Cape Flats.

That’s the emotional transition of Shaheen Shaw, who one day looked up into the glare of the Rivonia studio lights and decided that enough is enough – and opted out to do something really meaningful with his life. Shaheen and his labour of love

The man who left the game he loved for a variety of reasons – chief of which was probably the absence of synergy between his own integrity and the seeming lack of morality of those around him – has found peace and fulfilment in sacrificing his ‘perks’ in life for the benefit of the multitude of the needy around him.

And, while it’s not important anymore, or even on his agenda when talking to the Sporting Post after National Women’s Day on Sunday, Phumelela’s recent incompetence-fuelled fall from grace has shown, for what it’s worth now, that Shaheen may have been on to something when he told them to find somebody else four years ago.

In November 2016 Shaheen and his wife Rasheeda made the decision to relocate from Johannesburg to Cape Town. Superior care and facilities for their youngest child, Zaid, adopted at birth and suffering from chronic Fetal Alcohol Syndrome (FAS), was their chief motivation.

And, while most of their children still reside in Gauteng, Rasheeda now works for a family friend’s catering business which, Shaheen points out, has become a ‘lot quieter since the Coronavirus outbreak’.

“When I first came to Cape Town I invested some of my retirement money in a business with two Malawian brothers, which brings us a steady, but modest income. It’s not how much you earn – money is just an object – but the blessings are therein. I’m also trying my hand at farming chickens for meat and eggs. But unfortunately, to date, they are eating far more than they are producing – I didn’t quite do enough form study before starting this up!” explains Shaheen with a wry smile.

He is clearly emotional as he tells us that Zaid will be 15 in December.

“He is our light whilst at the same time driving us completely batty!” he observes.

The feeding scheme, just a matter of kilometers away from Muizenberg, where Shaheen was born, was started before lockdown. The gathering on National Women’s Day

“The kids from the informal settlement came for classes and some fun and games. This is where we noticed the food security in the area was very dire. It started with sandwiches for the plus minus 15 kids that came and grew to 2 meals a day from when lockdown started. Our numbers are now close to 200 meals for breakfast and lunch,” he adds quietly.

Shaheen explains that they start the ‘pap’ before 07h00 and serve breakfast from just before 08h00.

“Sometimes the pot is done by 10h00, but we can go on to 11h00 – by which time we’ve already started preparing lunch, which we serve from 13h00.  We try to make enough to tide us over until it gets dark. But more often than not we have to fill in the gaps with peanut butter sandwiches. The cries from the gate continue intermittently until nightfall. So it takes up, fairly much, the entire day,” he says.

Hollywoodbets got involved in Shaheen and Rasheeda’s 200 strong gathering on Sunday for Women’s day.

“They had a sponsor for the food (burgers) and care packs for the girls. We assisted with some party packs for the children and our face masks proved a real hit. As we are celebrating Women’s Month, we also presented an emotional Rasheeda with a bunch of flowers on the day  just to acknowledge her for her tireless work,” added Hollywoodbets’ Tania Van Eck, who said it was a privilege to be in the company of the Shaws and to experience the joy and happiness that the unbelievable work that they are doing brings to so many lives.

Hollywoodbets will be contributing regularly and Shaheen thanked them, adding that generosity was a remarkable feature of many racing folk.

“There are many from the racing world that have helped on occasion and I hope they won’t mind me mentioning them. Archar Head has been a stalwart. Then there is John Finlayson, Pippa Mickleburgh, Divesh Viyapuri, Tara Laing Racing, Warren Kennedy, and Emmie and Corrie Lensley, to mention a few,” added Shaheen. 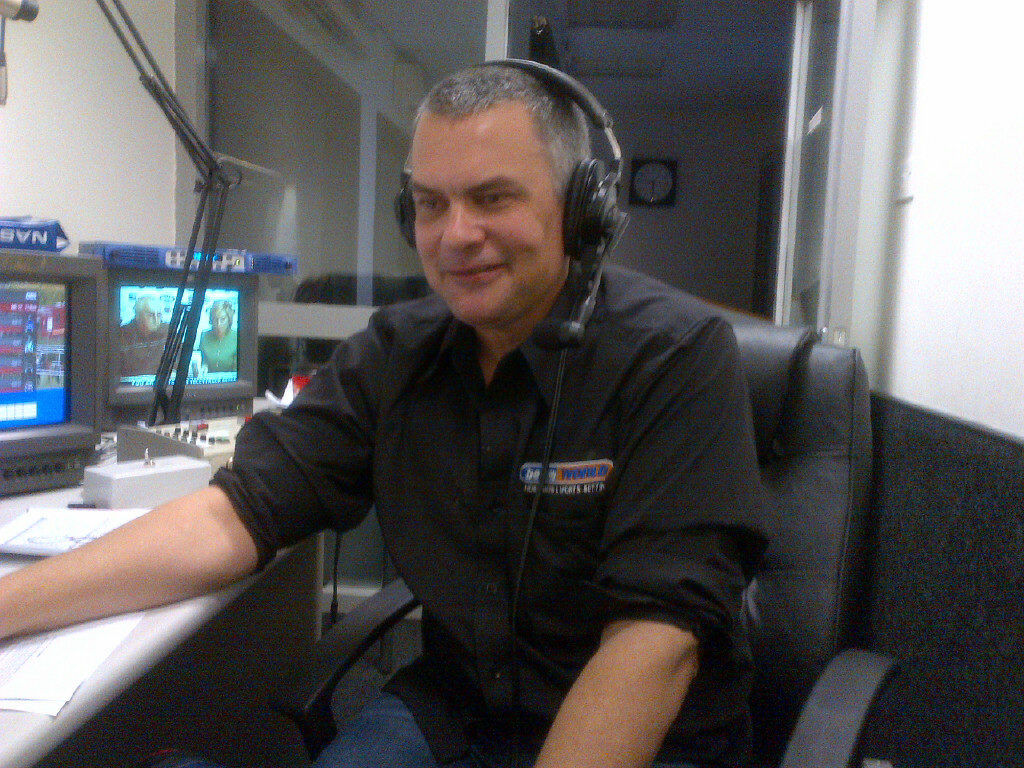 Shaheen Shaw –  back in the day

A natural larger-than-life infectious presence on the small screen, Shaheen built a cult following amongst punters and Tellytrack viewers over many years with his no-nonsense passion for finding the winners. His crazy scribbling in the formbook and his keen intellect and photographic memory for formlines, saw him providing information and entertainment, that has never been equalled.

Today he is performing a function that makes everything he ever did on the small screen look negligible.

Read more great stories – click on the image below 10 comments on “Shaheen – The Sunshine Of Their Lives!”