Funny how we see some folk as streetwise. The bullet-proof been there done it brigade. The John Waynes who get knocked for a six in the opening leg of a R15 million Pick 6 on July day.

Like Naas Botha’s proverbial cowboys, they don’t cry. There is a quarter tank of juice in the jammy. Salticrax and flat coke at home. They breathe deep. Order a round of drinks, enquire what’s for lunch and then swagger back to the jackpot queue. Tony Mincione writes in the Sporting Post Mailbag that gambling and punting is fun – but it’s never been for the faint of heart. Sometimes it goes your way – the next day it delivers the upper-cut. But through it all, a sense of honour prevails – an unwritten code of sportsmanship in the name of valour and unity of risk.

But every so often, the honour code is put to the test. Like in the technical debate taking place right under our noses.  Seasoned racing man, as well as poker and golf expert, James Goodman has the wind in his sails, waxing on about a bet he played that has been disputed by his (now former, it seems) friends at Hollywood.

James has taken to pontificating on the hour, using his half popular Winning Ways Show and even social media – can’t be easy for a man of his age to navigate the nooks and crannies of Facebook.

Simply the reality is that James played a bet on a soccer team called Wigan to be relegated to a lower division.  The odds that event would happen at their log standing and position at the time was generally calculated overseas to be 100/1 against that happening. 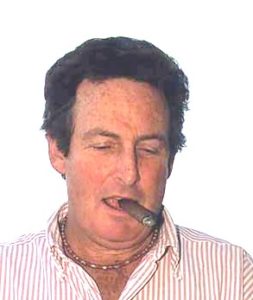 It was a Wednesday when the news broke in the UK over lunch that Wigan had gone into “administration” and would get an automatic 12 point penalty.

Instantly Wigan became an odds-on shot to be relegated as the beleaguered team fell from midfield to bottom of the log.

The probability had changed completely – to near definitely –  and the new price was 1/3.

And it was later that Wednesday afternoon, co-incidentally, claims James Goodman and others, that it occurred to them to bet on a team called Wigan – not knowing that 100/1 was an error of course.

One can imagine the excitement of those who heard about the (very likely relegation) to find a “certainty” STILL offered at 100/1, and it inspired them to try to hook some fish without alerting the guards. That sense of honour had become a sense of cents.

If it were me, I would probably be careful to look casual, play big enough for it to matter, but not too big to show you ‘knew’.

Goodman has since posted up some nice bets, played with confidence and a smile no doubt.

Then the inevitable. Weeks later Hollywood declared that the bets are not valid according to their T&C’s.

Now what gives racing a bad name is not in small part due to the idea that gambling is bad, and worse, crooked.

But the purity of gambling lies in the fact that while you may think your opinion is a fact, it is in fact, just your opinion.

And while we have opinions, we can bet on them and put different variations of probability together with odds.  It’s a grand thing really… 3D chess, but for real. And if you are in luck, then boom – cash in the bank!

The thing is, when you are betting on a fact – as the Wigan situation developed – it isn’t gambling.  In the gambling world, that’s plain cheating. If you don’t understand that on day one, then years later you have no possible excuse.

You can wiggle this way or that, claim that weeks went by, or that you weren’t aware when you took the bet (yes, we all back 100/1 shots that are shortly after 1/3  by luck), or something else to deflect the fact that what you did was just taking a chance.

So let’s stop the grand-standing about the bets and the feigned whines of injured prey.

Grow up and realise that the only bet worth playing right now is the damage you are doing  to your own reputations.

20 comments on “When Relegation Takes On A Whole New Buzz”

All The Tuesday Racing Action