Veteran trainer Joey Soma has admirably cautioned the betting public that his multiple Equus Champion Got The Greenlight is a doubtful runner in the Gr1 Summer Cup to be run at Turffontein on 28 November.

The multiple Gr1 winning horseman enjoyed a vintage last season with the horse considered by many unlucky not to have not been crowned SA Horse Of The Year. 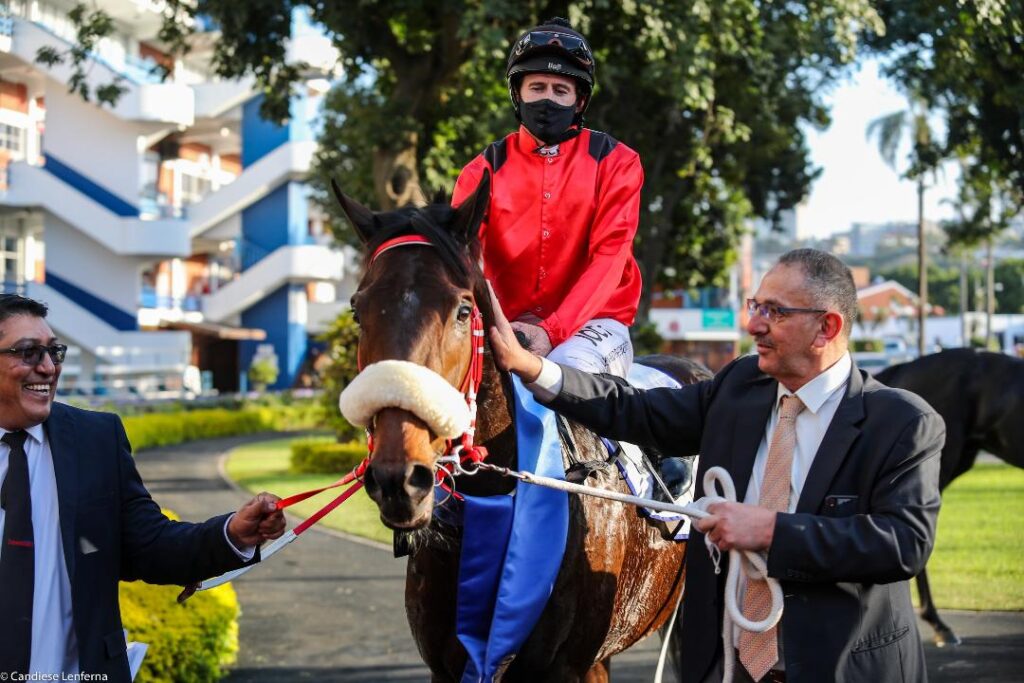 A gallant runner-up behind Belgarion in the Vodacom Durban July in his final run as a 3yo, the son of Gimmethegreenlight is in the 49 strong Summer Cup entry list received on Wednesday 23 September.

At the projected ante-post weights, Got The Greenlight would have to concede 3,5kgs to SA Triple Tiara star and SA Horse Of The Year, Summer Pudding.

In a typically transparent show of good faith, Joey Soma told the Sporting Post on Friday that it was ‘virtually 90%’ that his charge would miss the big Gauteng handicap and be aimed rather at weight-for-age races.

“We entered him for the Summer Cup as we need to keep our options open. But it’s a handicap, and we have little to gain by racing him under unfavourable conditions. There are weight-for-age races that present far better opportunities going ahead. We have programmed his races with due care as he is a very valuable and special horse,” he added, saying that, while nothing was cast in stone, he would prefer the punting public be cautioned and understand that the position was very fluid.

He told the Sporting Post recently that depending on progress on the export protocol front, he has his sights set on a possible tilt at the HK$ 25 Million FWD Queen Elizabeth II Cup at Sha Tin on 25 April 2021. Alternatively, the L’Ormarins Queen’s Plate and the Met may be targets. The first Summer Cup log was due out today – 25 September – but has not been seen by us.

Our handicappers have projected the weights on the schedule below  – the Hollywoodbets ante-post betting is shown in the final column. It is subject to change.

The Lancasters – Flying In Formation!