One Way Or Another stamped himself as the latest graduate from the 2019 BSA National 2YO Sale to impress when he made a runaway winning debut at the Vaal on Thursday.

Under jockey Randall Simons, the three-year-old Vercingetorix colt was always up with the pace and pulled clear to win by five and three quarter lengths over 1200m. 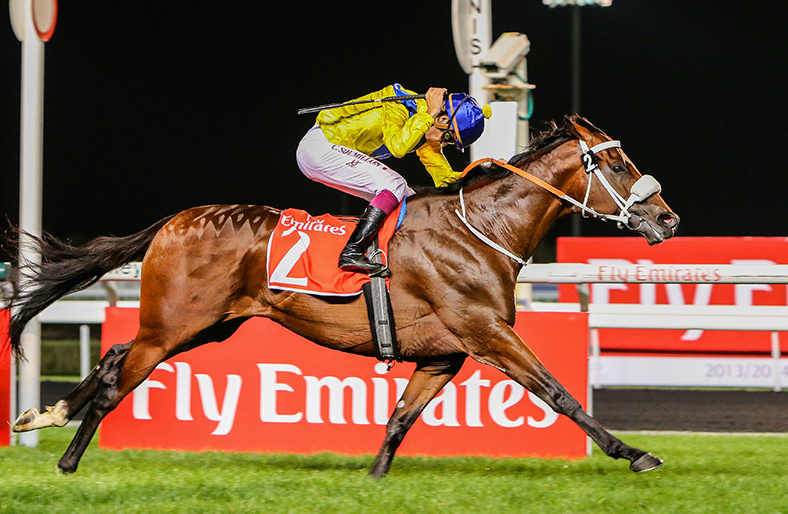 One Way Or Another’s sire Vercingetorix in action

Bred by Maine Chance Farms, the Roy Magner trained One Way Or Another is out of the Jet Master mare One Way Ticket. The latter, who won twice over 1600m, is a full-sister to Gr3 Final Fling Stakes runner up Mystery Dame, the dam of Equus Champion Lady In Black.

Vercingetorix has 11 lots on the upcoming Emperors Palace National 2YO Sale, with his draft including:

-a colt out of Gold Circle Oaks third Saltwater Girl

-a filly out of a winning daughter of champion Scented Royal

-a full-brother to the very talented Astrix

Fairview – All The Selections