Ridgemont-Highlands stallion Canford Cliffs stepped into the spotlight this past weekend when Irish-bred daughter Jin Jin took her flawless career record to six from six with a dominant victory in the Gr3 Prix Perth at Saint-Cloud.

Unbeaten in three starts at three and successful in Listed races at Hanover and Baden Baden this season, the German-trained four-year-old took the step up to Graded level in her stride and was never headed to complete a stakes hattrick, taking the mile race by the best part of two lengths. 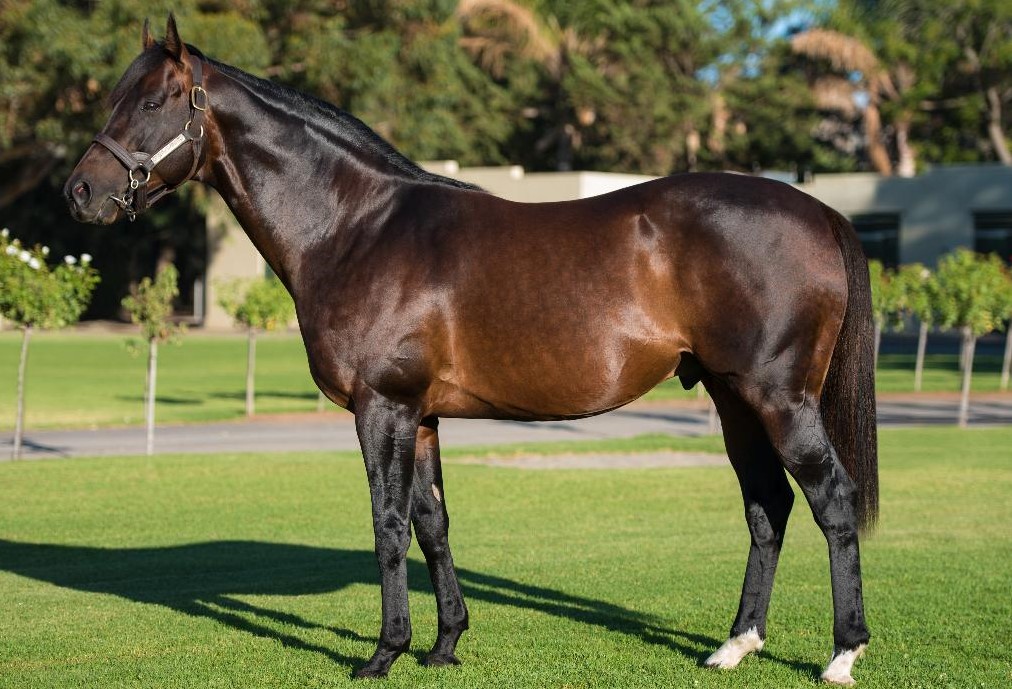 Described by trainer Richard Hannon Snr as “the best I’ve ever had”, the powerful bay Canford Cliffs won seven of 11 starts and never finished out of the first three.

Europe’s dominant miler at three and four, he won no less than five consecutive Gr1 races over the trip. His splendid Gr1 treble of  the Irish 2000 Guineas, St James’s Palace Stakes (over multiple Gr1 winner Dick Turpin) and Sussex Stakes (over champion Rip Van Winkle), saw him rated the top three-year-old miler in England and Ireland.

As good, if not better, at four, the bay confirmed his class by winning the Gr1 Lockinge Stakes before defeating the brilliant mare Goldikova in the Gr1 Queen Anne Stakes at Royal Ascot. He signed off with a second to the mighty Frankel in the Gr1 Sussex Stakes and was voted the champion older miler in Europe in 2011, receiving a Timeform rating of 133.

Retired to Coolmore Stud in 2012, the son of Tagula did shuttle duty between Ireland and Australia until his purchase by Ridgemont Highlands. There is plenty of excitement that Canford Cliffs will be adding to his impressive list of has 40 black type horses.

To date, the champion’s progeny have banked the equivalent of over R389 million!

As befits a horse of his stature – a champion on the track and a stakes sire in both hemispheres – Canford Cliffs covered well over 100 mares in his first South African season two years ago and from 2019 registrations published so far, that first book was brimming with quality. This season, Canford Cliffs is again assured strong support, with Ridgemont-Highlands sending him forty plus of their own high-class mares.

Amongst those are multiple champion Dancer’s Daughter (Act One) and Front And Centre (Dynasty) who won the Gr1 Cape Fillies Guineas and the Gr3 Diana Stakes and is a multiple Graded placed racing filly.