Over the years I have noted how the horse racing industry/business is quick to cite ‘the love of the horse’ in all of its actions.

The reality appears to me to be somewhat different and the animal is simply a commodity.

So says lifetime racehorse owner Garrick Bergh in a letter to the Sporting Post Mailbag.

Highlighting this issue are two incidents which I witnessed on Saturday at Turffontein; both of them involving jockey S Khumalo.

In race 5 the aforementioned jockey won on Phoenix. In doing so he produced what grandstand riders would usually describe as a ‘punishing ride’. Basically that’s a euphemism for a thrashing. I counted 14 strikes including one double strike in a single stride.

Clearly I am blind as the stipes actually counted 17 strikes as the report below records:

Jockey S Khumalo was charged with a contravention of Rule 58.10.2 (read with Guideline M on the use of the crop) in that he struck the horse PHOENIX more than twelve times in the entire race.

Jockey Khumalo signed an Admission of Guilt and a fine of R2000 was imposed.

When assessing the penalty, the Board took into consideration the number of times (17), as well as Jockey Khumalo’s record with regard to this Rule and Guideline and the fact that he won the race.

There are a number of disconcerting flags raised by this report:

Given the above one might have thought that Khumalo might have exercised a little restraint thereafter. You would be wrong.

In the very next race he rode a horse called Glider Pilot into second place. I counted 13 strikes. But don’t take my word for it as I’m blind if the previous race was any guide.

On this occasion the stipes saw nothing untoward and no comment was made. Or perhaps they might simply have fudged it as they would have been uncertain as to what sanction to impose following directly after the previous transgression? Then I remembered – the horse didn’t win! So who cares? 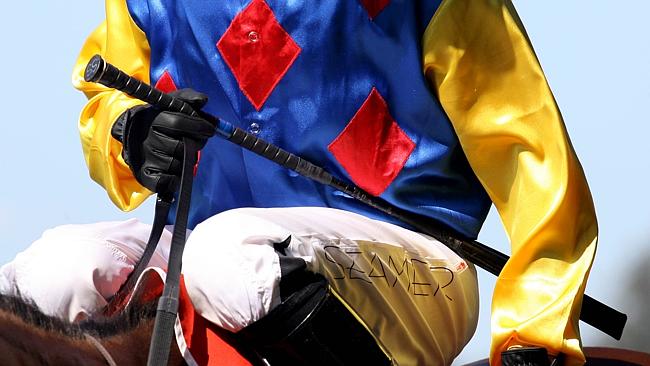 The whip guidelines are ridiculous and far too lenient when you consider that the UK manages with 7 strikes. Whenever I watch head on views of a finish I am often amazed how regularly races are probably lost by drawing the whip rather than won by simply riding out the horse.

On almost every occasion that I have introduced a ‘newbie’ to racing I am confronted with two uncomfortable questions:

If this ‘sport’ eventually ends up in the dustbin it can reflect on how hard it worked to get there.

Ed – In fairness to the rider who has been singled out in Mr Bergh’s example, we attempted to elicit a response from S’manga Khumalo. We had no response. The NHRA has not responded previously to our questions as to how the quantum of the whip/crop fine is calculated. The views expressed by Mr Bergh are not necessarily those of the Sporting Post ot its editorial staff.

12 comments on “Who Speaks For The Horse?”