A unanimous ruling by an NHRA inquiry board to find jockey Chase Maujean guilty with a fine imposed of R60 000 for what the racing regulator deemed an unsatisfactory ride when he got Puerto Manzano up to dead-heat with stablemate, Thumbs Up, at Turffontein on 26 September 2020, was quietly set aside by an Inquiry Review Board early last month.

The Maujean incident led indirectly to leading South African owner and breeder Laurence Wernars, whose famous silks were carried in the historic dead-heat in the race under review, resigning his directorship on the NHRA board, and also deciding to reduce his substantial racehorse holdings.

The turnover of the original guilty finding aside, there are several interesting facets of the operational processes of our racing regulator that have been highlighted by the events at play in the Maujean matter. These include the fact that the NHRA issued a press release regarding the original hearing outcome within 24 hours of the matter being heard on 21 October 2020,

The Sporting Post has been informed that the subsequent setting aside of the matter by the NHRA Review Board was known to the parties some three weeks ago.

Yet the same vigour and enthusiasm, which effectively placed Maujean in the spotlight, was clearly not evident in the subsequent setting aside verdict.

The setting aside notice was published in the NHRA calendar on Friday. There is more reference in the notice to the original charges – and just one line dedicated to the setting aside. So why none of the same hoopla, efficiency and enthusiasm?

Despite a happy ending, the Maujean matter has left a bitter taste for the parties involved.

The Sporting Post has learnt that shortly after being found guilty in October, Maujean gave written notice of an appeal and paid his appeal fee.

Apparently, 48 hours later the NHRA’s Racing Control Executive Arnold Hyde, who has the sole discretion to allow the condonation for appeal to be heard, refused and stated that the appeal fee was received after business hours.

Despite numerous requests in writing, the NHRA apparently refused to set out their hours of business as they apply to the receipt of eft payments.

Maujean, who was unrepresented at the original inquiry, obtained legal representation thereafter. According to his legal counsel, it appears that the position of the NHRA is that they refuse to allow the appeal and the matter must rather go to the review committee.

This committee comprises experienced senior advocates and senior attorneys, all of whom have extensive experience in the law and in the racing industry.

In the original inquiry, Maujean was charged with not riding Puerto Manzano in a professional manner, when he did not  use the whip on the horse in question.

In an intimidatory and overwhelming environment at the inquiry, the racing regulator has the benefit of legal representation and experience, while the jockey has none .

Despite multiple exchanges of correspondence from Maujean’s counsel, the NHRA took the stance that in terms of rule 85.6 and 85.7, that the time for payments of the appeal fee was in fact exceeded and the matter would proceed to the review committee.

The core of the original finding was based on an opinion of a stipendiary steward as to whether Maujean rode the horse in a competent and professional matter. And, notwithstanding the evidence of the trainer regarding the riding instructions, as well as the owner, who was present, Maujean was found guilty and received a R60 000 fine – half of which was suspended .

The inquiry review board, whose reasons, despite numerous written requests, have not been provided, subsequently set aside both the guilty finding and penalty after considering the video and evidence.

The appeal fee was refunded to Maujean.

Despite written requests to do so, the NHRA have not applied the same enthusiasm to publicising the review committee’s findings, as they did when the guilty finding and penalty was disseminated in the media.

“It seems clear that the original decision was based upon the opinion of an ex-jockey and a trainer, and opinions can clearly differ regarding the riding instructions and the split decisions a jockey needs to make in the heat of a race. It is now patently clear that Chase Maujean was cleared of all the charges and the least one would expect,  especially where we are dealing with the racing public and perceptions, is that if a finding is overturned that the NHRA would disseminate the end result and finding, with reasons provided in the same format as the original press release. Despite numerous requests the NHRA have declined to publish same,” said Advocate Mannie Witz.

Please click here to see the notice in the NHRA Calendar, gazetted on 8 January 2021- base of page 103 – you be the judge

Owner Laurence Wernars said that he was pleased that justice had been done.

“The accessibility of the ordinary recourse processes to ensure a genuine fair hearing are once again shown to be restricted to budgets and the opportunity of access to legal counsel. I am glad that we took up the cudgels of principle for the team and threw our weight behind Chase’s quest to clear his name.” 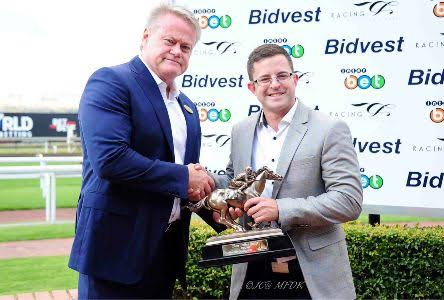 Wernars went on to say that he believed that the Constitution enshrined a protection of personal reputation.

“I hope that the NHRA will revisit the manner in which they access the media to trump a guilty finding, but then show none of the same vigour when their own internal processes turn the decision around. The defendant, related parties and racing stakeholders are entitled to be informed in what should be a world of no vested interests, neutrality and of transparency,” he added.

A highly successful businessman, and one of our biggest owners, Wernars said that the end decision had gone some way to restoring his personal confidence in the justice processes, and that he would be willing to continue supporting the racing and breeding industry.

“In these testing times, the industry must demand integrity and answers from the racing regulator. We don’t need sideshows to hamper the excellent efforts of so many passionate and dedicated people to try and right the ship and get SA racing on an even keel again,” he concluded.

25 comments on “Maujean Cleared – But Did NHRA Muddy Waters?”

Another Chance To Win Big Today