But the experienced horseman believes that despite comparatively taking on the Blue Bulls at Loftus, his gutsy 5yo Running Brave won’t be disgraced.

With only 25 horses at his disposal, Fanie Bronkhorst is setting new land speed records in terms of racing achievement.

He only saddled his first runner on 5 December. Fanie is travelling into the lion’s den (Pic – JC Photos)

Now 28 days later in a faraway city where the locals believe they have the best horses in Africa, he is saddling his first Gr1 runner! And he is doing it in the fashion that would make him an instant legend outside the borders of the fairest Cape.

“You know it was touch and go until the final moments prior to declaration. Regular pilot Muzi Yeni is unavailable as he is locked down in Gauteng. He knows her well. That was a major factor. But a few things swung the decision on the upside to travel and take our chances. First of those were that top local jockey Greg Cheyne, a past Met winner, phoned for the ride. He is second on the national log, has a win strike-rate of near 20% and has won countless East Cape championships. So we are not settling for a second-rate rider. We have a top man,” he added.

Fanie then said that the fact that the field trimmed down to eleven, meant that there was a chance too.

“If you haven’t got a ticket, you don’t have a chance. She drew about midfield, so that is hundred percent.” 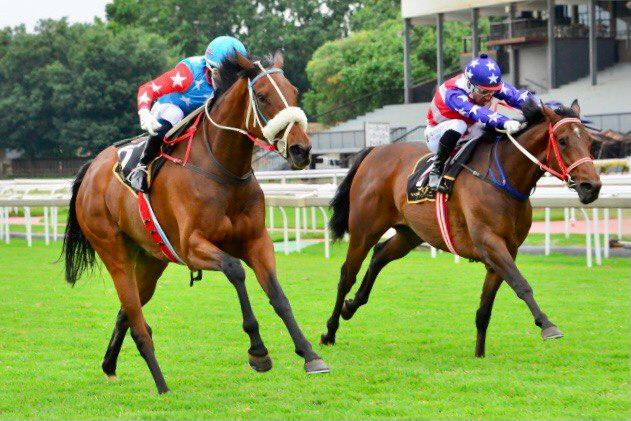 As regards pace, Fanie says that Running Brave is a versatile soldier.

“She has the pace to go up there and is a strong front-runner. And she can be settled if things are too hot. So we have options whatever way the race pans out.”

The fact that Running Brave has never been on a left-handed track is probably the owner-trainer’s biggest concern.

“There is nothing we can do about that at this stage unfortunately. But she can overcome that.”

In the spirit of the ‘small man supporting the small man’, Fanie says that Running Brave will be based at Milnerton with Piet Botha.

“Piet’s a top-class horseman. She will leave with Choice Carriers on Tuesday and I will arrive in the Cape on Wednesday.”

In summing it up, Running Brave is quoted at 25-1 with Hollywoodbets.

“I feel we can be competitive. We don’t want to hide away away from the big guns. It makes it interesting to take them on and lift our game. It’s an honour to be a part of the day and I’m looking forward to it!”

Bred by Summerhill Stud, Running Brave is a daughter of The Fort Stud’s Brave Tin Soldier ( Storm Cat) out of the Jet Master mare Movingandgrooving and cost just R30 000 off the National 2yo Sale.