The release stated that Dr Luz arrived in South Africa from Brazil in the middle of December 2020 and is to be based in Johannesburg, where he will head up the Veterinary Department.

They said that with horse welfare, traceability of horses during and following their racing careers and ensuring strict compliance with best international veterinary regulatory practices being of critical importance, the appointment of an internationally experienced Regulatory Veterinary Surgeon will further these ideals.

Apparently Dr Luz has worked in countries that include Brazil, England and Qatar.

It must be stressed that absolutely nobody that contacted the Sporting Post about the principle of a foreign appointment, questioned the new incumbent’s bona fides.

The major questions were that, given the gross unemployment in South Africa and the need to ensure that employment equity policies are strictly adhered to, why did we have to look beyond our borders to fill the position that became vacant without notice – and has been occupied by local professionals for years?

In an email on the same day that the media release was published, we wrote to the NHRA Chairperson, CEO and Racing Executive, and our general reader inquiries were summarised as follows:

1.Was the Chief Vet position advertised and in what media?

2.Were there no competent applicants from within SA?

3.Was it an NHRA Board decision to appoint the foreigner?

Our email has not been responded to by any of the recipients in over a week.

In the course of email exchanges, a Director of Animal Health at the Department of Defence pointed out to us that the procedure in appointing foreigners to positions in South Africa is ‘quite an intricate process’.

“You have to advertise the post, prove that you have not received any local veterinarians’ applications that met the criteria, prove that the foreigner indeed has the necessary qualifications and prove that he is registered to practise in South Africa, amongst other things,” said Colonel (Dr) Paul van der Merwe of the Directorate of Animal Health in the Department of Defence. 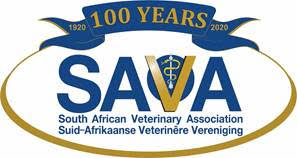 Gert Steyn, Managing Director of the SA Veterinary Association, said that SAVA is a voluntary association for veterinarians that celebrated its 100 year anniversary last year.

“We represent roughly 60% of registered veterinarians in South Africa,” he confirmed.

We asked him to sketch the numbers of Vets in South Africa.

He said that the SAVC currently holds signed reciprocity agreements  – based on assessment of qualifications – with the Australasian Veterinary Boards Council (AVBC) and with the Royal College of Veterinary Surgeons (RCVS).

Veterinary qualifications recognised by the AVBC and the RCVS are therefore also accepted for automatic registration.

“Persons with qualifications from any other institution throughout the world are required to pass an examination prior to being registered in South Africa In the last exam under review in the annual report (Oct 2019), 21 veterinarians sat for the exam, of which 10 passed.”

We asked him whether South Africa was actually looking for more Vets.

“The answer to this question is not particularly straightforward.  Our anecdotal evidence points to the private sector having limited capacity to absorb large numbers of veterinarians, but the public sector is in dire need of veterinarians.  Furthermore, we have noted an increase in emigration based on responses received from members resigning from the Association.”

We requested clarity as to whether the NHRA advertisement had found its way on to their platforms.

“We handle hundreds of job advertisements annually and we are not able to specifically confirm whether we have placed an advertisement for this position,’ he confirmed.

The employment of non South Africans is clearly a sensitive issue.

We asked what the association’s attitude was to the employment of foreigners.

“South Africa has one of the most highly regarded BVSc degrees in the world, with the degree being accepted by the Royal College of Veterinary Surgeons (UK) and the Australasian Veterinary Boards Council.  Undoubtedly, South Africa has the level of expertise that is required from a clinical perspective.  With this in mind, we do appreciate that every position has unique requirements and that every organisation has the prerogative to appoint whomever they find is the most appropriate person for the position,” he concluded.

The absence of any further communication and information makes drawing a conclusion to properly inform stakeholders, difficult.

But that’s the racing game.

2 comments on “No South Africans Qualified For Top Vet Job”