When many other farms are reducing stock and even dispersing in these tough economic times which hasn’t been helped with the arrival of Covid19, Brett Van Laun is in the process of re-establishing Camargue Stud which formerly stood in Mooi River.

Brett has revived his families legacy, this time in the picturesque Caversham Valley in the KZN Midlands, which is situated in the vicinity between Lidgetton and that of the famed Michaelhouse school. Camargue Stud located in the heart of KZN Midlands

This particular area of the KZN Midlands, just south of Nottingham Road is no stranger to producing a good horse, with the likes of Gr1 winner Spiced Gold (the dam of Gr1 winner Chimichuri Run), Dubai winner Journeyman and even the recent Captain Tatters born and grazed on its lush mountainous lands with good water frontage and plenty of grazing. 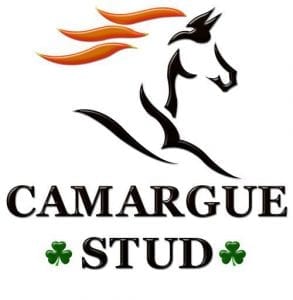 When asked about how he feels about the future of the Thoroughbred in South Africa, Brett replies: “I always swim upstream and see this as a huge opportunity to invest in the industry at rock bottom prices. I’m also hugely optimistic about the [Thoroughbred] industry and believe “I’m buying a share in the trough!”

An enthusiastic Brett says he loves the area and believes the results speak for themselves, “especially when you look at the Breeders titles and stats from small numbers in this province! Horses are in my blood and my younger years were spent growing up on a stud farm in Mooi River named Camargue Stud. I have continued my late Dad’s legacy and have kept the name Camargue Stud.” Brett says he currently has accumulated 23 mares for the farm, “and still looking for more but we are concentrating on quality not quantity. We are boarding for clients and are honoured to have the owners of #kznbred Gr1 winners War Of Athena And Battle Force [both by Act of War], owned by Dr Rose Waterman-Wenzel and Roy Wenzel, Allan Mellor, the Step aside Syndicate as well as the Buffalo Syndicate all supporting us.

“I’ve bought shares in Act of War, Captain of All and a service to Futura and Oratorio on the Cape Breeders auction. We are however still doing matings, so we are looking for shares in more stallions.” Arabian Empress is due to foal to Querari,

A farm rich in racing and breeding history, Brett provides a successful background into the Camargue Stud of old. “We started Camargue Stud in the 1980’s at our peak we had 120 brood mares and bred some great horses such as ARCSA award winning filly Special Key, and Gr1 winner Shoe Express for the Late Roy Eckstein. We also bred Lupine Lady who broke the 13 year old course record at Newmarket over 1000 meters. We produced two Broodmares Of The Year with KZN Breeders, namely Secret Key and Forewarned.

Brett concludes, “We are passionate about horses and will be focused on individual attention whilst doing boarding of mares, yearling preparations, spelling, pre-training, backing of horses and working with problematic race horses.

In todays day and age with the modernisation of farms and the ability to provide immediate communication and experiences online, which has never been more prominent than it is now, Brett says that he wants their clients to feel part of the whole breeding experience and have provided for it. “A good foundation in life is so important! Let this foundation be the start of many champions! The new Camargue Stud foaling barn!” – Brett Van Laun

“We have set up Webcams to watch live foalings, and will send regular videos of horses to our owners. Clients also have the opportunity to come and stay in our guest cottages so that they can be part of the great life a horse enjoys and thrives on at Camargue Stud!”

Congratulations to Brett and we wish him many winners in the future!

As The Snow Falls…Temperatures Rise

20 Venues On The Thursday Timetable