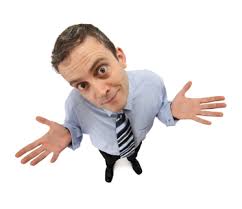 When a topclass juvenile gets beaten over a bit of ground early as a three year old, when racing against its elders, it is amazing how many racing experts blindly walk into the Weight-for-Age trap. “Disappointing run,” we hear. Or: “What went wrong?” Fact is that Weight-for-Age (or WFA for short) plays as much a role in the performance of a horse as weight does, writes Karel Miedema.

What is Weight For Age

WFA is best defined as ‘the physical progress any horse makes as it matures’. Just in the same way as a young human athlete, under conditions of continuous exercise, improves his strength of bone and muscle as he matures. The only difference is that the thoroughbred is uniquely precocious in terms of maturing rate: by the age of 18-24 months the horse has achieved 95% of its mature height and weight, and by the end of its third year full maturity will be reached. To apply Weight-for-Age in the context of racing, it is necessary to express it as a function of weight carried.

The question then becomes by how much weight an older horse must be disadvantaged to make the younger horse competitive. If no allowance was made, a mature older horse would always beat a younger one – just as a schoolboy rugby player wouldn’t stand a chance in a Five Nation’s match, EVEN IF the schoolboy stands out in his own environment and is already talked of as a future Springbok player. 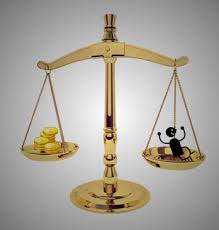 How does it work

The application of the Weight-for-Age principle dates back to about 1860, when Admiral Rous controlled the affairs of the English Jockey Club. Rous was a handicapper through and through, and by experiment arrived at a relationship between age and maturity, expressed in weight. His original work has stood the test of time with only minor alteration. It is known as the Weight-for-Age scale, and incorporated in our Rules of the Jockey Club as Rule 54.3. The scale takes not only age into account, but also the distance over which races are run. This is understandable, as stamina comes with maturity, and younger horses are at a greater disadvantage the further they have to run.

The official WFA-scale, for races from 1000 to 1200m, shows that sprinters reach maturity by the end of their 3yo career. In terms of weight disadvantage they had been catching up with their elders at a rate of one half-kilo per month during their 3yo days, and about 2 half-kilos per month when they were still two year olds. For instance, in the first month of their 3yo career (August) the WFA difference with a 4yo is officially set at 14 half-kilos.

In other words, to make two horses of equal ability (as reflected in their Merit Rating) competitive, the older horse must carry 14 half-kilos (7kg) more than the 3yo. By January this has reduced to 7 half-kilos, and come July there is just one half-kilo to go.

How do you judge 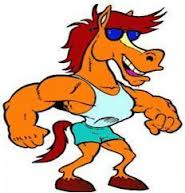 Not all mature equally

Not all horses grow to maturity at the same rate. Sprinters get there quicker than stayers (just think of the age at which Comrades runners are at their peak). Some horses are nippy, early types who make little progress as they get older (the only time to get a win out of them is early at 2). Others are gangly, backward types who makes unusual progress once they grow into their frames.

A look at young horses in the parade ring before a race can be tell-tale. Think of London News, who ran a few times late as a 2yo and showed nothing. And of Bush Telegraph, who destroyed his opposition as early as January of his 2yo career. Then there last season’s champion 2yo Roaring Sands, an early maturer who was simply unable to make progress from two to three. Horses for courses. On average, though, it is fair to assume that for most horses the progress towards maturity takes place at a predictable, even rate. SO: The average horse matures at a rate of about half a kilo per month, sprinters reaching maturity earlier than staying horses do.

THINK:  in a slow run race it becomes easier to carry weight, so the younger horse will be at less of a disadvantage in terms of weight-for-age. That is why knowing at what pace a race is being run is important. A slow pace gives the younger horse an advantage. 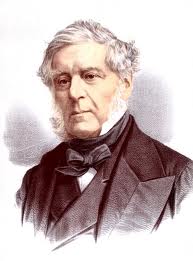 Admiral Rous (1791-1877) is father of the Weight-for-Age concept. In a book, Law And Practice of Horse Racing (1850), Rous wrote: “A public handicapper should be a man of independent circumstances, in every sense of the word, and beyond suspicion of accepting illicit compensation for favours received; attached to no stable, a good judge of the condition of the horse, but with a more intimate knowledge of the disposition of owners and trainers, he should be a spectator of every race of any importance, and his station should be at the distance-post, where horses are pulled, not at the winning-post where they are extended; he should never make a bet, and he should treat all remarks which may be made about his handicap with the utmost indifference.” (distance post: marker a furlong from the finish; racing in the early days was conducted in heats; if the winner of one heat finished while another horse hadn’t yet reached the distance post, the beaten horse was ‘distanced’ and not allowed to race in the next heat)

How does the handicapper apply Weight-for-Age?

They have the same average Merit Rating. That is the KEY. Within each age group, every horse’s Merit Rating can be compared against the Merit Rating of the average horse. That shows how many half-kilos better (or worse) a horse is than average. 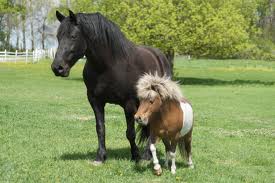 But the ACTUAL RATING also shows how the horses in different age groups compare. A 99-horse in the 3yo age-group is of the same ability as a 99-horse in the 4yo, or 5yo, or 2yo age group. The thing is, when they race against each other weight-for-age should be applied. This happens in weight-for-age races, but it doesn’t happen in many other races: maiden races, graduation, progress, or any other race which IS NOT a handicap.

The official handicapper of course does apply weight-for-age in handicap races. When horses with the same Merit Rating meet, their weight should be the same – except when they are of different ages. In that case the handicapper will deduct the weight-for-age deficit (from the official scale, according to time of year and distance of the race) from the weight of the younger horse. It soon is August, when the young 3yo’s start meeting the older horses with regularity.

Over a mile the weight-for-age deficit for 3yo’s is 8.5kg, or 17 Merit Rating points.

The Best Horses in The World ?