Current SA Champion Trainer – and heir apparent for the 2016/17 season, Sean Tarry gives us his thoughts on his July runners, the KZN tracks and the elusive recipe for success.

There are many factors to winning a race. One may think you possess the necessary tools for doing it, but until you do, there’s always a tiny nagging doubt at the back of your mind. That’s probably why first wins are so memorable as they are the first tangible sign that things really are on the right track. As one finds a rhythm and gets better at what you do, one success leads onto another and as each step along the way builds confidence, wins turn into Group success and Group success turns into trainers’ championships.

Standing on the threshold of a second consecutive trainer’s championship as well as having his hands firmly on the reins of an in form stable heading into the heart of the KZN season, Sean Tarry is in the proverbial sweet spot. Whether it’s the second time round or the luxury of the very comfortable margin he has at the top of the leader board, he remains as tightly focussed as ever, but seems just a fraction more comfortable this time round.

“It helps to have the right horses in your barn,” he says self-deprecatingly. Of course, given Sean’s formidable reputation for picking horses, he goes a long way to making his own luck and looking ahead to this year’s July he is satisfied with his horses’ progress to date. “The build-up races to the July have been run and I’m happy with where we are. I think all my horses have proved they’re good enough to get in. “Weichong Marwing will ride French Navy. The horse is working well and we’re happy with where he is right now.”

“Samurai Blade was 3rd in the SA Derby and 3rd in the Classic and both were eye-catching runs. Unfortunately the Daily News went completely wrong. He was the stamina horse, but because we’d come from off them in the Derby, S’manga may have been reluctant to lead, when maybe the right thing would have been to go forward. They went very slowly and he got cut into and lifted a hind shoe, which is probably more uncomfortable than pulling a shoe. So his prep run was botched, but he’s come back fine and is doing well.”

With all the discussion re the KZN tracks, does he have an opinion one way or another? “Look, where there’s smoke, there’s fire. Let’s just say there’s room for improvement,” he says diplomatically. 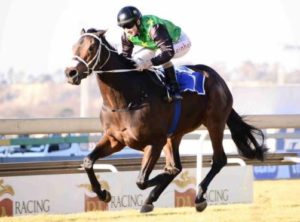 “When Pocket Power won the July, he was given 1kgs off and was weighted 1kg lower than he should have been because the gap between him and the next horse was so big. When we looked at the entries, we thought there was a chance they might adjust things again this year. There were 10 or more horses that were out at the weights and we thought there was an opportunity for the handicapper to compress the weights at the top – he has the discretion to do it and we would have been foolish not to at least wait and see.”

“If it’s in the rules, are we wrong to think that they may use that discretion? And if there is going to be no discretion applied, then why is that clause in there? They’ve only used their discretion once in the last 10 years with Pocket Power – why choose to use it that time and never again? It just muddles things up. I don’t know, maybe it is time for the handicapper or the operators to make it a little clearer from the outset.”

“If we knew they didn’t have the discretion, nobody would have to guess whether it will be applied or not. We are just playing to the rules. If the clause wasn’t in there, maybe we wouldn’t have needed to nominate at all,” he muses. 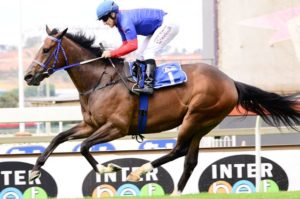 “I’ve read that people are saying scratching Legal Eagle was the worst kept secret of all time and it’s been made out to be a big move to advantage French Navy. What people tend to forget is that French Navy and Legal Eagle are owned by different people.”

“Legal Eagle was not in the race to make the weights suit French Navy. Derek Brugman is quite heavily involved in the decisions on all the Mayfair horses and I don’t think the decision would have been made lightly, particularly given the costs of keeping a horse in until the weights are published.”

The other thing is that Mayfair and Markus Jooste’s operation have a lot of horses at the bottom of the weights that were affected by this. People seem to think I can do whatever suits me and my yard, but it’s not like that. It’s not like we were stringing the public along. Once we made our decision, we did declare early to stop people backing him.”

It’s a game of change 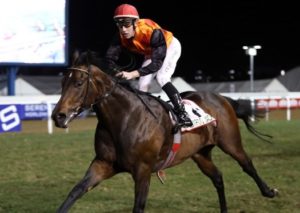 Kangaroo Jack – the picture can change a lot

“Another thing to bear in mind is how other horses improve in their racing and come through the ranks to qualify. Where early on you think you’ll be giving away a ton, there are others coming through all the time – look at Kangaroo Jack in the Post Merchants – that can change the picture quite a lot. Some horses improve their form and their rating goes up, so what looks like a clear picture at nomination stage, changes dramatically at acceptance. As professionals we have to be mindful of that all the time and be prepared for change.”

“As a trainer you try and do right by your horse, by your owner and the public – those are the people who make the game. As a trainer, certain responsibilities are ours and it’s not as easy as it looks at face value. Even if a horse runs well from a soundness and physical point of view, sometimes there may be a small issue with a muscle and you get the physio in, they sort it out and the horse comes good. Sometimes you misdiagnose and carry on where one should stop. Sometimes you give the horse a rest and it comes back worse than before and you want to pull your hair out. I don’t think people realise the turmoil trainers go through on a daily basis.”

“It’s like chocolate cake – you have to get the recipe just right – but because these are horses, anything can change at any time and what worked before may not necessarily work again. It’s such a balance and there are so many challenging decisions and inevitably some are going to work out wrong. I like to think that with experience one develops a gut feel about certain issues and what makes some trainers better than others is that they make more good decisions than bad ones.” With Tarry on the verge of a trainer’s championship and S’manga also enjoying a comfortable lead on the jockeys log, given the success they have achieved together, it would be fitting if both finished the season winning their respective championships.

“It has been a great story. S’manga has always been easy to like – he’s got good manners, he’s humble and he’s a team player, but at the time S’manga ended up on Heavy Metal in the Presidents Champion’s Challenge, he wasn’t actually riding for me. I had a couple of horses in the race and Heavy Metal didn’t have a jockey. I thought maybe this guy will listen to me and I gave him a chance. As they say, the rest is history.”

“When he won the July, that changed his life, his career, his whole path. And he’s come a long way since then – in terms of professionalism as well as confidence. When he’s confident he rides well and he has every reason to be confident. He’s got the talent and the strength and he rides well – he’s got everything in place for a big future. He has the backing of some big names and there’s a big team in the background that you don’t see or hear of helping him along. He’s got every opportunity to take things to the next level and I hope that he does. He’s doing a great job. And as long as his confidence stays up, the sky’s the limit.”